Where Does Lyme Disease Come From? 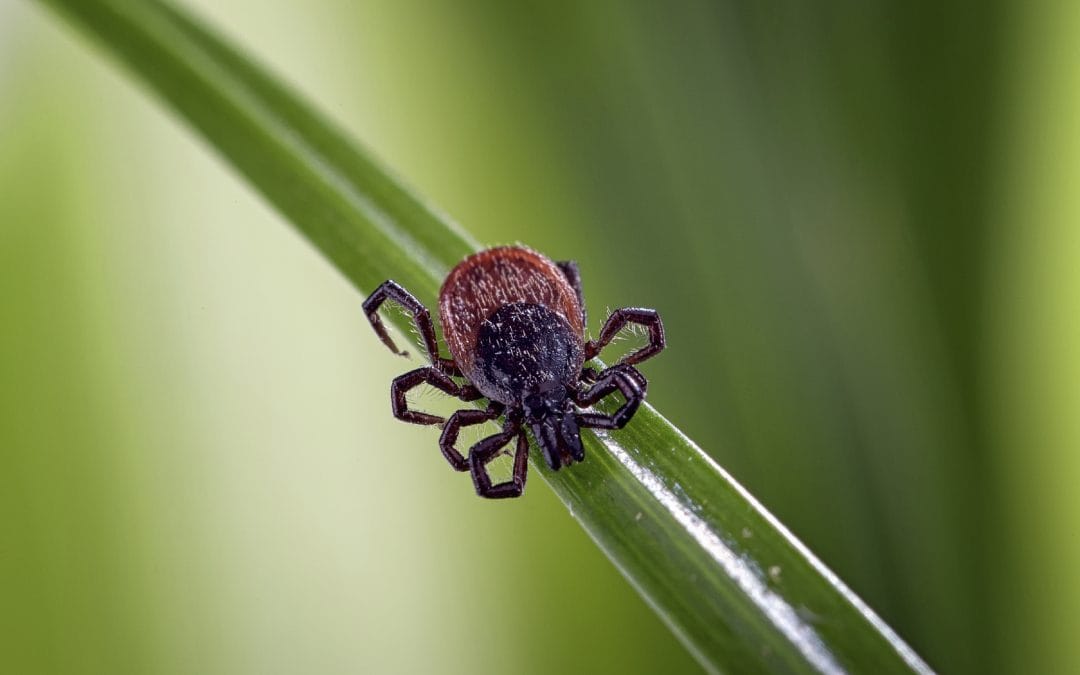 According to the Center for Disease Control, at least 30,000 cases of Lyme Disease are reported. But this does not consider the hundreds of thousands that are diagnosed by doctors. In fact, Harvard University reports more than 300,000 are diagnosed with a tick-borne disease every year.

The Infectious Diseases Society of America reports tick-borne diseases have been reported in all 48 states and Alaska. The majority, however, are in the Northeast and Midwest.

In the Northeast, Connecticut specifically, is where it originated.

While evidence of diseases caused by ticks have existed for thousands of years, it wasn’t until the mid-1970s that the Lyme disease we know today was established.

In 1975, in Connecticut, there were several cases of what was thought to be juvenile rheumatoid arthritis. They all appeared in the towns of Lyme and Old Lyme, hence giving it the name we use today. Other names used were Lyme arthritis, Lyme borreliosis or borreliosis.

The children in Lyme and Old Lyme had swollen knees, skin rashes, headaches and were often tired.  It was the moms of these children that pushed scientists to learn more about this disease.

It wasn’t until the 1980s that Willy Burgdorferi entered the picture. He was studying rocky mountain spotted fever, another tick-borne disease. He was able to make the connection that it was the deer tick responsible for this disease.

Burgdorfer discovered the bacteria carried by the deer tick too. It was called spirochete and it was causing Lyme disease. Since his discovery, this bacterium has been renamed to borrelia burgdorferi, in his honor.

How Lyme Disease is Contracted

A tick, specifically the black-legged deer tick, can become infected with the bacteria that causes Lyme disease by feeding on animals that are infected. Deer and rodents are examples of animals that can carry this bacterium.

The tick that is infected with bacterium bergdorferi must then bite you. And by bite, we mean burrow. Yes, the tick first spreads a numbing chemical on your skin, so you won’t feel the initial action of it beginning to burrow into your skin.

During this contact, the bacteria is passed from the tick into your skin. The bacteria then spread to your bloodstream.

While Lyme disease can spread from deer tick to human, there are no other ways to contract it. It’s important to know the symptoms of Lyme disease so you can treat it as soon as possible.

The most common symptom among those who have been bitten by an infected deer tick include a red bullseye around the bite. It can look like a small circle around the bite or it can develop into a large rash circling the bite.

Any redness that appears should be checked out by a doctor.

There are three stages of Lyme disease and in each stage an infected person can expect different symptoms.

The first stage, or Early Lyme Disease, is when you can expect to see a rash, described above. In stage two, or the Early Disseminated Lyme Disease stage, the rash will typically disappear. This is when other symptoms can arrive, however.

Some symptoms can be dangerous, like meningitis or brain inflammation. If you experience headaches or an extremely stiff neck, seek treatment right away.

Other symptoms may be swollen lymph nodes, fever and chills, pain in your muscles and joints, irregular heartbeat, and even palsy in the face, causing a loss of muscle tone. You may also experience dizziness, shortness of breath, numbness or tingling, or shooting pains.

Getting a diagnosis early can help.

Your doctor must be the person who tells you definitively if you have contracted Lyme disease. One of the best ways to help your doctor do this is to save the tick that bit you. If you are the one to remove it from your body, don’t throw it away.

Place the tick in a storage bag that you will then put in the freezer. When you see your doctor, take the bag holding the tick along with you.

If you reside in a place where Lyme disease is common, your doctor can begin treating you with the assumption you may have Lyme.

Your doctor will also give you a blood test to confirm his or her diagnosis.

It’s imperative to get Lyme Disease treatment no matter how long you have had symptoms. Antibiotics are the usual course of treatment. However, in the latter stages, antibiotics may need to be given intravenously or via injections.

Don’t let the information on deer ticks and Lyme disease stop you from enjoying the outdoor activities you love. You can still go hiking and camping and hunting. Now you can go prepared.

To protect yourself from any insects, wear the right clothing for the activity you are participating in. If you are going on a long hike through thick mountain brush, don’t wear flip flops, shorts and a tank. Instead, wear long pants, a hat, socks, boots and insect repellant.

When you return from your activity, take a moment to check your body for ticks. Check your hair, armpits, ankles and all other parts.

Finally, don’t panic. If you find a tick moving on your body, it has not had time to burrow and transmit the bacteria causing Lyme disease. But just in case, save the tick and take it to your doctor for evaluation.

One of the best ways to protect yourself from diseased ticks is to educate yourself. Knowledge is power and knowing what to look for and how to react can give you an advantage in preventing Lyme disease.