Induced Hyperthermia is the safe delivery of higher temperatures to the body or blood, which allows the body to create an artificial fever response. The artificial fever activates inflammatory pathways, cytokines, and other inflammatory markers that will induce the release of heat shock proteins, a major factor in the fight against bacteria.

There are various ways to trigger induced Hyperthermia, some are triggered by exogenous substances, similar to toxins, or throughout the combination of oxidative agents such as UV light. Others involve a whole body elevation of temperature, all of which proliferate the release of heat shock factors. Among some of its functions is the activation of many members of groups that perform a chaperone function by stabilizing new proteins to ensure correct folding or by helping to refold proteins that were damaged by the cell stress. Other more specific chaperones activate specific immunologic cells that fight infection.

The current most used protocol for this purpose is the Hyperthermia by Extracorporeal Photopheresis. It allows up to 4 Lts. of the patients’ blood to flow safely many times in a sterile chamber where it is sterilized and heated up by UV-A, UV-C and Gama rays, causing the effect described above. In addition to this, we might combine it with another oxidative therapy, depending on the targeted goal. In order to receive the most effective result, we add a photo sensitizing agent which induces the bacterial and viral organisms to exposure of their membrane and capside. This ultimately produces the most specific signaling by photoexposure, from which such cyclic molecules absorbs a photon, and one of its electrons is promoted into a higher energy, thus, elevating it into a short lived electronically excited stage, followed by apoptosis, a gentle way of destruction. 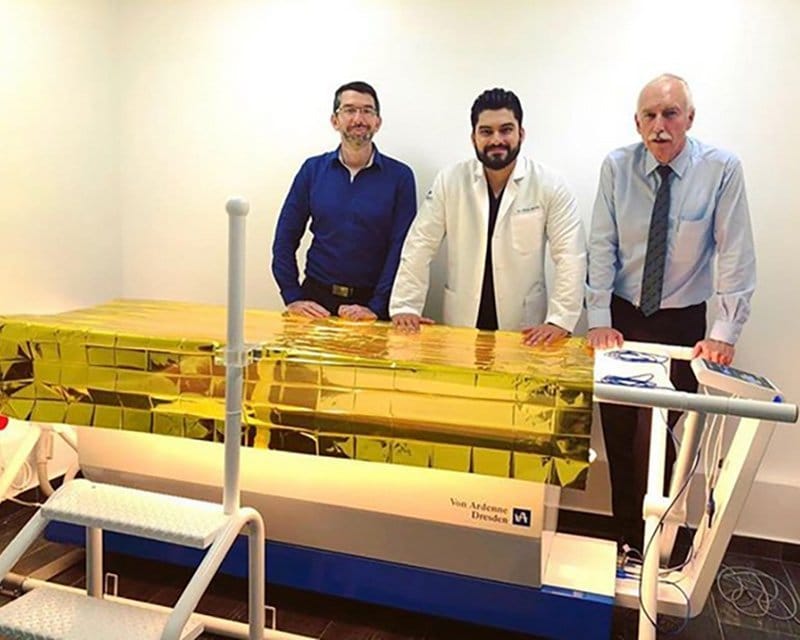 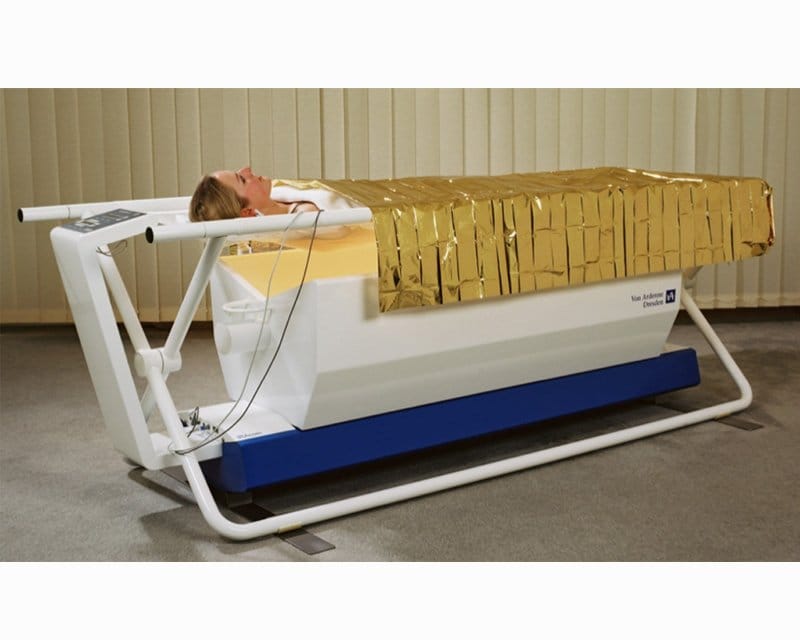 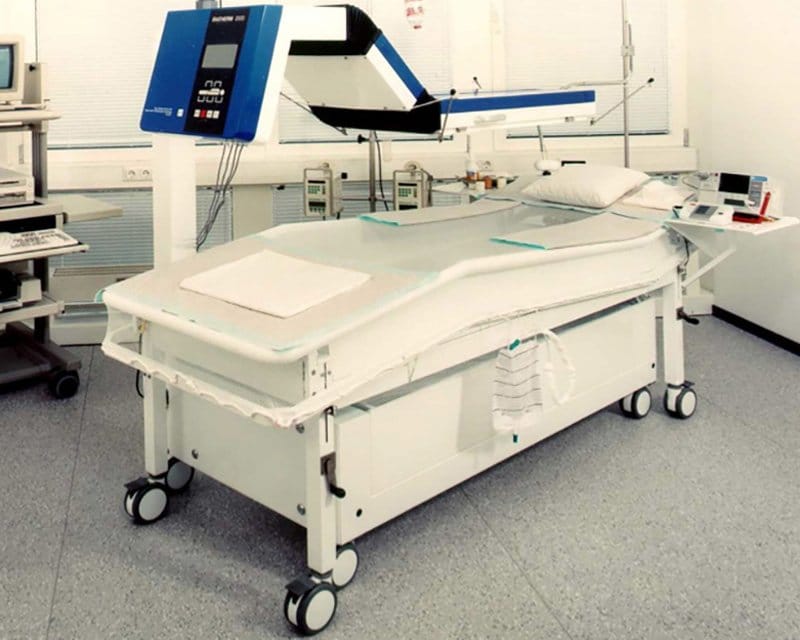 Pictured here is a recent addition to our Hyperthermia devices. This one of a kind machine, the only of its type in all America, is capable of achieving up to 43° C. Dr. Morales of Lyme Mexico Clinic welcomed good friends from Germany this past week — Dr. Gerrit (expert and mathematician) and Dr. Von Ardenne (renowned German physicist whose father invented an array of medical devices mostly for hyperthermia use and was also known for being a student of the great Max Planck). Data on extreme hyperthermia shows that combined with the right IV antibiotics, certain borrelia species can be eradicated. The specifics of which are described in the article below. This, however, has not demonstrated to be “the cure for Lyme disease” due to the fact that there are hundreds of strains of different borrelia, and some are less sensitive to temperature elevation. It is also important to know that some borrelia species are highly mutated and can undergo specific changes in their anatomy that make them unimpaired to these therapies.

This is why we integrate therapies that combat several forms and strains of borrelia supported by evidence material, such as this one, always putting science first and following unbiased research.