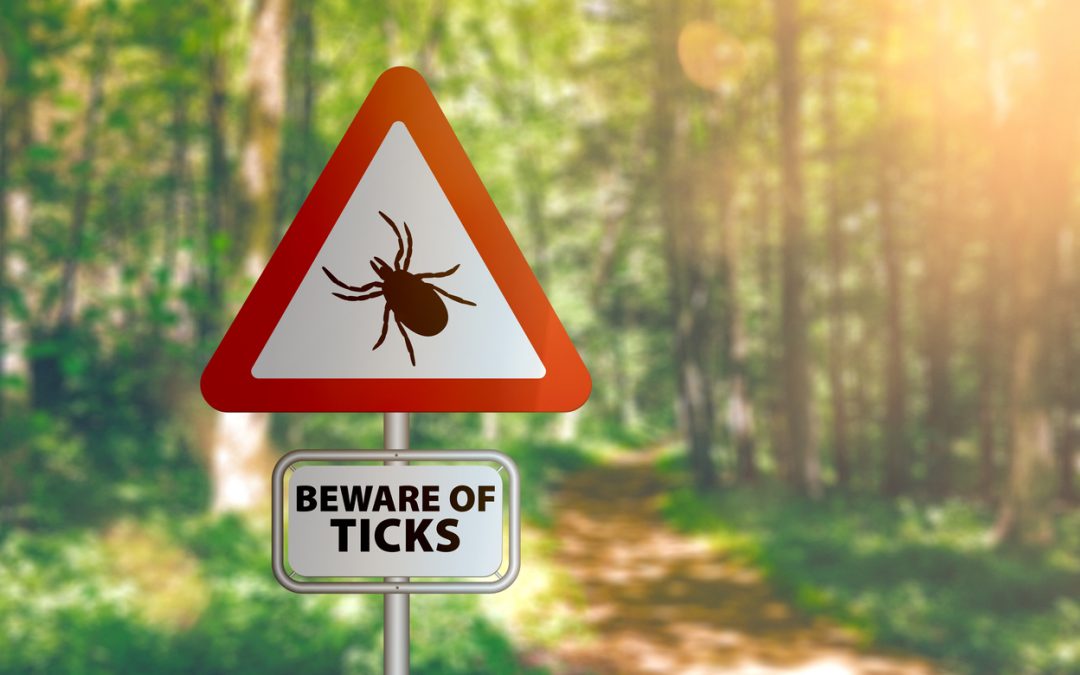 Lyme disease can go unnoticed or undiagnosed at the early stages. Here are some signs of untreated Lyme disease to help you identify it faster. Read more below…

Lyme disease affects hundreds of thousands of people annually. It is the most common tick-related infection and has been diagnosed in every state. It is not a disease associated with the Northeast any longer.

When an infected tick bites someone, the Borrelia burgdorferi bacteria is transmitted into your bloodstream. One of the first signs of Lyme disease is a red, bullseye rash. Unfortunately, not everyone will get a rash. Also, the rash may occur in places on the body that are not seen as often, allowing it to go undetected.

Finding a rash or erythema migrans is the best-case scenario because it is the one sign specific only to Lyme disease. There are no doubts you have been infected, and doctors can quickly diagnose you and start you on a round of antibiotics. When caught this early, most people respond well to antibiotics and have no further Lyme disease symptoms.

Without the tell-tale sign of a Lyme disease rash, it becomes more difficult to diagnose Lyme’s disease, but still possible, especially if you are working with a Lyme-literate doctor.

Doctors who understand Lyme disease will know to test for it when you report symptoms that don’t seem to go away no matter what you try. Initial symptoms include the following:

Early-stage Lyme disease symptoms will appear within the first thirty days after being infected. Unfortunately, the initial signs are often misdiagnosed or undiagnosed because they resemble many other diseases. Also, many general practitioners will treat the individual symptoms only rather than figure out the root cause. For example, they may prescribe an antidepressant to ease depression or pain medicine for the aches you feel throughout your body.

What About Tests for Lyme Disease?

There are currently two tests for Lyme disease, the Western Blot, and the ELIZA. Both have about a fifty percent accuracy rate. The reason is that the tests only detect the antibodies of Lyme bacteria. Because Lyme bacteria is so good at hiding in the lining of cells and tissues, and because they can go inactive at any time, it makes it challenging, leading to false-negative results.

If you move into the second stage of Lyme disease without receiving antibiotics or treatment of any kind, you may experience the following symptoms in the two to three months after infection:

Your doctor should refer you to a specialist at this point if they have not been able to help you feel better. If they do not refer you to a Lyme-literate specialist, take it upon yourself to make an appointment. Continue to see the specialists your doctors suggest, too. They may make the connection between your symptoms and Lyme disease.

It is also good to continue seeing other specialists rule out possible causes. For some, discovering a diagnosis of Lyme disease is a process of elimination of other conditions. Do whatever you can to ensure you receive proper health care. If you continue to go misdiagnosed or undiagnosed, you may experience additional symptoms.

The third stage of Lyme disease occurs in the months and years following the initial infection. Late-stage is often called chronic Lyme disease because the symptoms come and go for a long time when left untreated. Symptoms in this stage can be debilitating. They interfere with your daily functioning. Some days you may be able to fulfill responsibilities, and the next day you may find it hard to get out of bed.

Additional symptoms which may appear in this stage include:

If you are still working with a general practitioner, they have likely put you on multiple medications to treat your symptoms. You could be taking medication for pain, depression, anxiety, and more. However, the root cause of your symptoms has yet to be discovered. While your symptoms may ease, they will not go away forever because the source of the symptoms still exists.

There are comprehensive tests to help doctors analyze your condition. If your doctor has not yet recommended additional testing, ask for them yourself. Suggested tests include:

The more prolonged the period Lyme bacteria lives in your body, the more assertive the treatment must be. Getting a correct diagnosis as early as possible is best, but treatments are still available for chronic Lyme disease. Advancements are made regularly in treatment, giving your Lyme-literate doctor plenty of options to customize a protocol.

Treatments showing excellent results in a short period include therapeutic apheresis or the process of removing blood and plasma infected by Lyme disease and replacing it with healthy donor blood. Another treatment is hyperthermia, when your doctor controls your body temperature to create a fever-like state, encouraging your immune system to do its job in fighting infections.

If you think you have untreated Lyme disease, reach out to a Lyme-literate doctor today, so you don’t have to spend unnecessary time suffering.