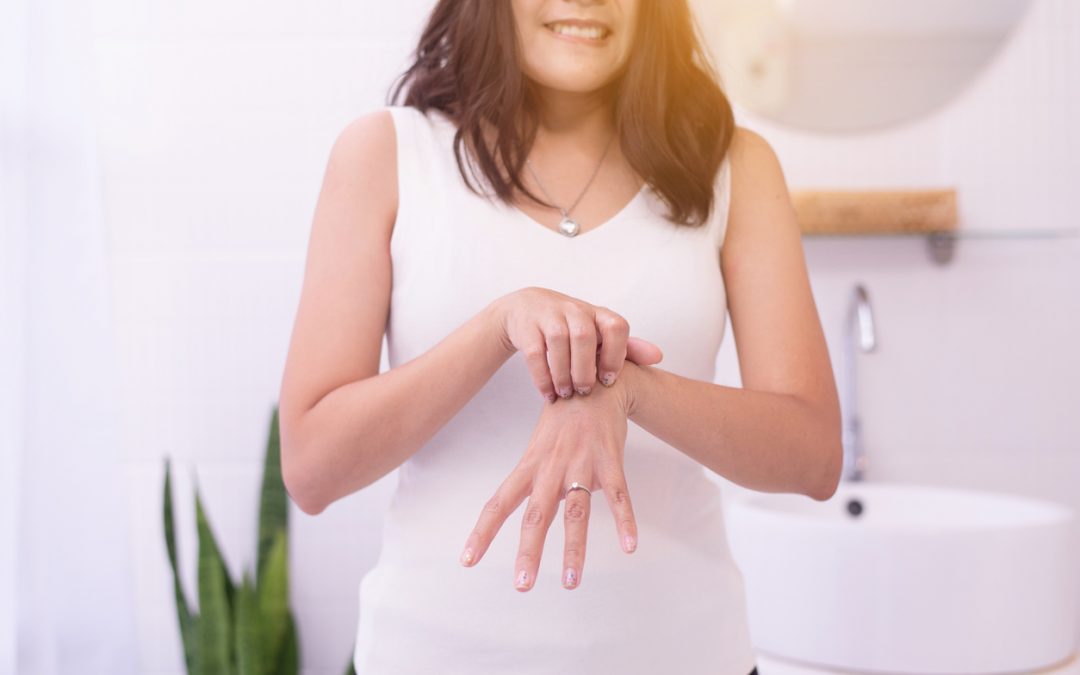 Developing Lyme disease begins when a deer tick infected with the Borrelia burgdorferi bacteria embeds itself under your skin and into your bloodstream. Ticks feed on warm blood. They also carry multiple bacteria that can be transmitted to you.

For many who have been bitten by a deer tick, a rash develops. Called erythema migrans, the rash can be small or large, any shade of red and round. With the bite mark in the center, it can resemble a bullseye.

A Lyme disease rash may develop in the first few days after a bite, or it may not appear for 30 days later. For some, a rash may appear, fade, and reappear. It is an expanding rash, meaning it starts small and becomes larger over the following days or weeks. The rash may last for a month or longer.

You may develop multiple bullseye rashes.

Not every person will develop the same red bullseye rash simultaneously or in the same place. Below are a few examples of different types of Lyme disease rashes as they may occur in three stages:

Does Everyone Get a Lyme Disease Rash?

The Lyme disease rash only appears in 70 to 80% of those with Lyme disease, according to the Center for Disease Control and Prevention. There could be several reasons for this. One, a person can have a rash and not know it. For example, if the rash occurs in a place on the body that is rarely seen, like in the groin area.

Someone may also get a rash, but it is so mild that it goes unnoticed, and others may not develop a rash. Their body may be better able to cope with the foreign bacteria in their bloodstream.

Getting a Lyme disease rash can seem like a blessing to those who struggle with the disease. The sooner you get antibiotic treatment for Lyme disease, the higher your chances of eliminating it. Developing a rash in the first month means the bacteria have not traveled throughout your body, and it is easier for antibiotics to track them down and destroy them.

The Misdiagnosis of Lyme Disease

Without a Lyme disease rash, Lyme disease can be easily misdiagnosed. It doesn’t help that the two primary tests used by clinicians are inaccurate just as much as they are accurate. The ELIZA and the Western Blot tests work by detecting Lyme bacteria antibodies in the bloodstream. The problem is that antibodies are not always detectable. They can go inactive or dormant, hide behind cell walls, and create biofilms for protection.

Another reason for misdiagnosis is the disease resembles so many other diseases, including:

One way to help your doctor diagnose your Lyme disease correctly is to document all your systems. Other symptoms occur in three stages also. Stage one or early localized symptoms include headaches, flu-like symptoms, fever, dizziness, fatigue, depression, joint pain or stiffness, swollen lymph nodes, or sore throat.

Stage 2, or early dissemination symptoms, may include all the symptoms from stage one, facial paralysis, poor memory, concentration problems, joint swelling, pain and weakness, pink eye, irregular heartbeats, and fainting.

Stage 3, or late dissemination, is also referred to as chronic Lyme disease. The symptoms include all the symptoms in stages one and two but are more severe. Symptoms may also include arthritis, numbness and tingling in the extremities, sleep disturbances, trouble processing thoughts, and heart problems.

Antibiotics are the first line of treatment for all Lyme disease cases. However, working with a Lyme literate doctor, you can receive the antibiotics by IV infusion. This means the medicine gets to your bloodstream much quicker and more effectively than traditional antibiotics.

The best treatment is prevention.

Deer ticks hang out on the tips of grass blades and in brushy areas. As you walk by, they latch onto you and begin traveling your body, looking for a place to bite.

Prevention starts by wearing clothes that cover your arms and legs when you know you will be in wooded, unkempt areas. Also, wear tick repellent, hats, gloves, and anything else that will deter ticks or put a layer of protection between you and the tick.

After returning from the outdoors, perform a tick check on your body, change clothes, and take a shower. Finally, don’t forget to check your pets, that can easily bring ticks into your home.

Lyme disease can lead to fatigue, fevers, and a whole host of other nagging symptoms. However, there are many preventive solutions you can take advantage of, so don’t fret!