How Effective Are IV Antibiotics for Lyme Disease? 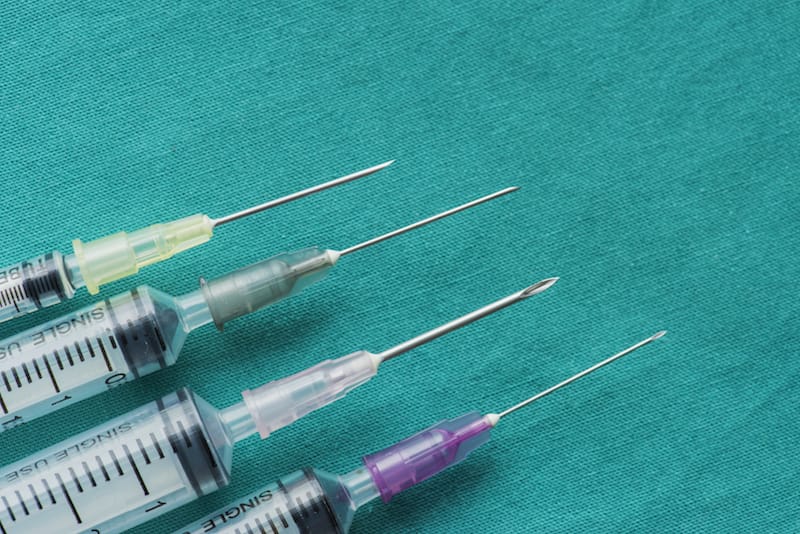 If you’ve been wondering about how impactful IV antibiotics for Lyme disease is, then you’re in the right spot! Let’s dive right into the details.

Antibiotics are the first line of defense doctors use when treating Lyme disease in patients. Even if a confirmed diagnosis has not been made, doctors will often prescribe a round of antibiotics. In Lyme’s early stage, the antibiotic regimens typically include a week or two of doxycycline or amoxicillin.

Antibiotics such as these are antimicrobial substances that fight bacteria that lead to infections, making them perfect for combating Lyme disease and some co-infections. Antibiotics can weaken bacteria and keep it from replicating.

Antimicrobial substances are not all the same, however. Those in the form of antibiotics are used to treat infections in the human body. Disinfectants and antiseptics are also antimicrobial substances, but if ingested, they can be dangerous or fatal. They are used to kill bacteria found on surfaces. Antiseptics are often used on the surface of the human body to prevent infections, especially during surgeries. Disinfectants are used on non-living surfaces like countertops.

Pinpointing the stage of Lyme disease you are in can help your doctor determine the best treatment.

There are three stages of Lyme disease. Early localized Lyme disease is defined as being diagnosed soon after a tick has bitten you. You may have seen the tick, removed it, and noticed a rash. You may even be starting to feel like you have the flu or coping with headaches.

This is the best time to treat Lyme disease. This is, for many, the only stage in which oral antibiotics are successful. Once the disease begins to move to other places in the body, as it does in the Early Dissemination stage, oral antibiotics may not be strong enough to fight infection.

In the third stage, Late Lyme, it is unlikely oral antibiotics alone can rid you of the bacterial infection. This is when doctors and patients start to look at alternative methods of treatment.

The bacteria involved in spreading Lyme disease throughout the body are intelligent. They find ways to hide in the bloodstream along the lining, making it hard for antibiotics to find and attack. The bacteria are also robust. They can move and replicate even when traveling against the flow of blood.

Plus, to eliminate Lyme bacteria, Borrelia burgdorferi, the bacteria’s antibodies must be present at the time of antibiotic treatment. This means that if your doctor prescribes antibiotics for two weeks, the bacteria are in hibernation during those two weeks, and they can remain after the treatment ends.

Timing is everything when using oral antibiotics. This becomes even more true for patients who have had Lyme disease for a long time. Oral antibiotics are not as successful when treating late or chronic Lyme disease, plus they can have side effects.

Anything taken orally must travel into your mouth, down the esophagus, and into the stomach where it is broken down before being distributed into your bloodstream. Often, as stomach acids break down the oral antibiotic, they lose some of their potency.

This means less of the antibiotic will reach your bloodstream. Less antibiotic is available to fight infection.

Your gut is a vital part of healthy living. Specifically, the good bacteria that are living in your intestines that help fight off harmful bacteria. When you take an oral antibiotic, you remove both good and bad bacteria. Your gut is defenseless.

On top of that, oral antibiotics have caused unpleasant side effects like digestive issues like diarrhea, nausea, bloating, and abdominal pain.

As mentioned, oral antibiotics are best when used early. If Lyme has progressed, intravenous (IV) antibiotic treatments are a must.

What are IV Antibiotics for Lyme Disease?

The most commonly used IV antibiotic administered in Lyme disease treatment is called ceftriaxone, an extended family member of penicillin. It’s a bacteria-fighting drug with a lot more “oomph” than oral antibiotics.

According to the International Journal of General Medicine, IV antibiotics are beneficial to Lyme patients, especially those experiencing neurological problems.

IV antibiotics are administered directly into a vein that sends the medicine right into the bloodstream. The full, purest form of the antibiotic enters your bloodstream immediately. It does not have to spend precious time traveling through the mouth, stomach, and organs. Within seconds of dosing, Lyme bacteria are being attacked in your bloodstream.

IV antibiotics are usually given up to two weeks, but that may vary based on your symptoms’ seriousness.

You must work with a doctor who specializes in treating Lyme disease with IV antibiotic therapies. They are the doctors with the proper equipment and alternative treatments available in their office.

Lyme literate doctors will create a protocol of therapy individualized to ease your specific symptoms. The protocols will include both antibiotic and alternative regimens.

The antibiotic treatment will include antimicrobial substances that fight against infections, viruses, parasites, yeast, and fungi. They can go anywhere in the body to fight, even cells and cell membranes.

Therapy Silver given intravenously compliment IV antibiotic treatments. Silver has been used for centuries in treating ailments. Lyme disease has been shown to prevent bacteria from replicating. It can also bind to hard to flush out viruses. Once it locks on, the virus is easily eliminated.

Vitamins given through IV are a therapy finding great popularity with people with Lyme disease and anyone else who feels depleted or who is struggling with some ailment. Vitamin C Mega Dose is one example that helps your own body’s immune system gets boosted so that it can participate in the elimination of Lyme.

Most reports claim IV antibiotics work faster and are more potent than oral antibiotic treatments. To find out how IV antibiotics can help treat your Lyme disease symptoms, reach out to a Lyme literate doctor today. Help is available.