What Are the Three Stages of Lyme Disease? 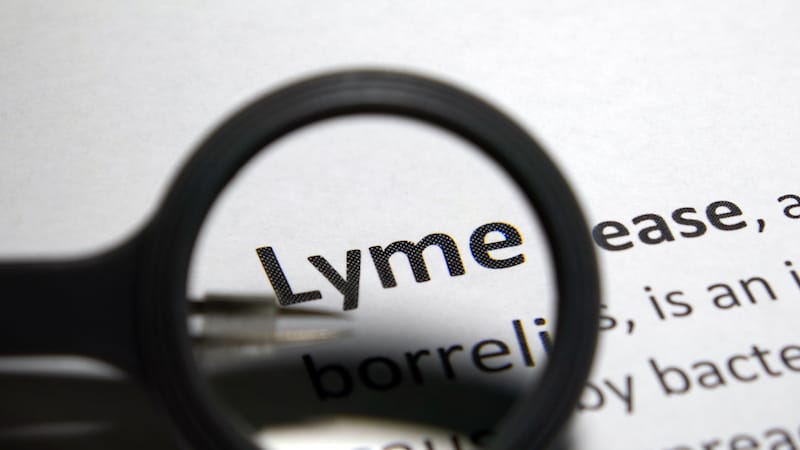 Most diseases progress in stages. When you hear someone has “Stage 4 Cancer,” that means stages 1 through 3 have come and gone. The same is true for Lyme disease; it moves through stages. There are three stages, specifically: Early Localized; Early Disseminated; and Late Disseminated.

Below, these stages are broken down and detailed in order for you to know what to expect at each stage. But first, some facts about Lyme disease in general.

An important fact to remember about Lyme disease is that it can vary in appearance, length of time, signs, and symptoms for each person infected. So, if you hear your friend discussing their Lyme disease symptoms and they are different than yours, don’t doubt that you have Lyme and avoid getting treatment. Your symptoms may be different, less severe, or more severe.

One thing that is the same among all people with Lyme disease; they acquired it by being bitten by a deer tick infected with the bacteria Borrelia Burgdorferi.

Another fact is that not everyone gets a red rash when bitten by a deer tick. Or, they may get a rash in a place that isn’t seen too often. Rashes are common, though, for many who have contracted the disease.

Furthermore, a rash can show up anywhere between a day of being bitten up to four weeks later.

You should know that just because you see a tick on your body, even if it seems to be latched on, it is not a guarantee that you will get Lyme disease, fortunately. Some reports claim the deer tick needs to be latched on to you for 36 hours to effectively transfer the infection into your bloodstream.

For this reason, you must check your body for ticks often if you are in an environment in which they live and thrive, or have pets who enjoy the outdoors daily.

If you do happen to become infected, the first stage you will experience is called the early localized stage.

During the early localized stage, you may not even know you have Lyme. Many people don’t have symptoms strong enough to notice something is wrong and get tested. Others may have symptoms, but they may find themselves misdiagnosed by a doctor who is not Lyme literate because they resemble other diseases.

During this stage, which lasts up to four weeks, you may feel like you have the flu. You can likely still function at home and work, but you are abnormally tired, and your joints and muscles may feel achy and sore. You may also feel depressed for no reason, have headaches and a stiff neck, swollen glands or lymph nodes.

Again, you may not have any symptoms. If you don’t notice any signs during the first stage, you surely will in the second stage.

In this second stage of Lyme disease, disseminating begins and can last up to four months or longer. Dissemination means the disease starts to spread. When the infection spreads, that means more body parts can be affected by Lyme.

In the early dissemination phase, you can feel all of the first stage symptoms like aches and pains in the joints and muscles, fatigue that feels overwhelming, and the appearance of more rashes anywhere on your body.

You may also notice tingling or numbness in your arms or legs. You may feel so weak that it is hard for you to function physically. Some stage-specific characteristics include numbness on one side of your face, like Bells Palsy. Or, rashes in your eye like Pink Eye or styes.

Other symptoms include fainting, heart palpitations, Meningitis-like headaches or swelling in the brain, encephalopathy or mental confusion, and skin patches that become discolored.

Lyme disease can progress to a third stage called late disseminated Lyme disease if not correctly diagnosed or started on antibiotics during the first or second stages.

Which Antibiotics Are Best for Earlier Stages of Lyme Disease?

Most doctors agree that it is necessary to be aggressive when treating Lyme disease in the early stages. A common antibiotic used in treatment is Doxycycline. This medicine is strong and effective and often used with Lyme disease, streptococcus, cholera, and respiratory infections.

In fighting Lyme disease, this medicine breaks up the proteins created by dangerous bacteria. Your doctor may prefer to administer antibiotics via intravenous methods.

In the second stage, you may want to introduce alternative treatments like therapeutic apheresis and plasmapheresis, essentially exchanging infected blood for healthy, donated blood. Processes like these can take place in the third stage of Lyme also.

If your Lyme disease has progressed to the third stage, late dissemination stage, you are likely coping with chronic Lyme disease. Your symptoms are severe, and you may even be experiencing damage to your nerves and brain cells.

Arthritis, most commonly noticed in the knees, comes and goes. It can range from severe to mild and can last six months or longer. You will experience all the symptoms you felt in stage two, only much more severe. In this stage, Lyme disease is interfering with your quality of life.

Inflammation in the joints and for some people, around the heart, leads to negative functioning. Basic tasks seem impossible to accomplish.

In this third stage, you may need to attack Lyme disease with the help of a Lyme literate doctor and treatments like oxidative therapies, hyperthermia to boost your immune system, apheresis, and supplements created to fight infections.

There is something you can do to avoid all three stages of Lyme disease: prevention. It is the best way to avoid being infected. Be aware of your outdoor environment, wear the right clothing, and check all your body parts for unwanted pests.