Why Is Lyme Disease on the Rise in the United States? 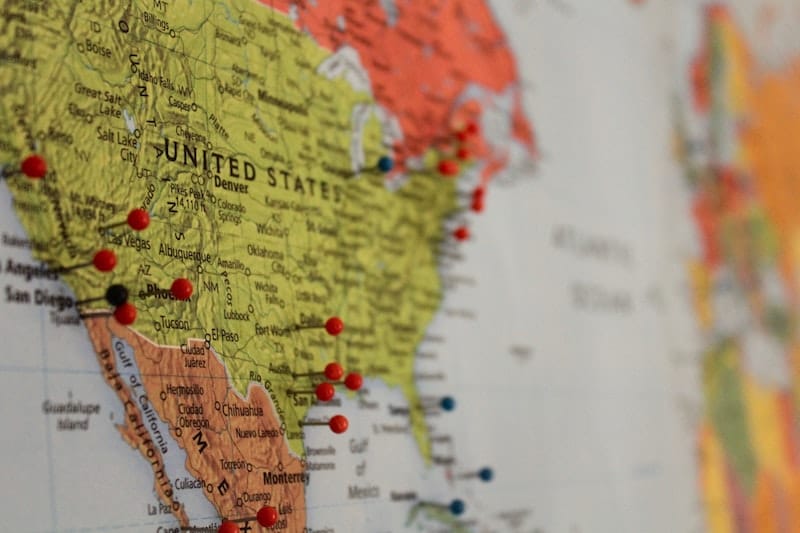 The Center for Disease Control reports the number of Lyme Disease cases reported has been increasing every year. And this is just among the cases that are reported. Many cases go unreported because are either suffering in silence or trying to get a correct diagnosis.

Reports suggest there could be over 350,000 cases of Lyme in the United States right now. While there are many other tick-borne illnesses, Lyme disease accounts for more than 80%.

We wanted to know why also. So we went on a search to understand why Lyme disease is on the rise in America. Here’s what we found.

Globalization is a big word for a simple explanation. It means people are traveling more than ever. And not just going to visit relatives a few counties away. Americans are traveling all over the world.

When Americans travel, ticks can travel with them. Someone living on the East Coast may go hiking one day. While hiking, an infected tick latches on to their ankle. The tick manages to hide on the person’s body. The very next day, this same person catches a flight to the west coast or overseas. Upon arrival, they notice the tick, spend a few minutes freaking out, then throw the tick on the ground.

They have just left an East Coast, Lyme infected tick on the West Coast, to breed and spread.

The Environmental Protection Agency reports ticks are surviving in areas where they once were unable to survive, like Canada. This is happening because of climate change.

Ticks are most active in warm weather. When the temperatures drop below freezing, ticks go dormant until the temperature rises. With global warming happening, ticks can live longer, and in new territories.

States in the Northeast that were once known for harsh winters are seeing milder winter seasons. This may be why Maine, Vermont, and New Hampshire have seen the highest growth rates in Lyme disease cases.

Being active and adventurous is excellent, but it also exposes us to areas where ticks live. They are commonly found on the tips of grass blades in brushy areas. That’s everywhere we go in the outdoors.

The more time we spend in the outdoors, the more chances we encounter a deer tick infected with Lyme. This also means the opportunities of us carrying a tick to our home, and other people increase.

Where the Bird Travels

Bird migration helps the spread of ticks and, therefore, the spread of Lyme disease. Ticks attach to birds, just as they can to humans. Often in a tick’s life cycle, they perform two major attachments. The first will be on a small animal, like birds.

Every time someone buys land, cuts down trees and builds a home, they are potentially becoming roommates with a tick family. Ticks need a place to go. They don’t die when we take their home away. They move in with us.

The more homes and office spaces we develop, the more we encroach on tick habitats.

Ticks live in areas where there is grass, trees, and animals. When we demolish their environments, we force the ticks to find a new home.

The World Health Organization confirms the more suburbs we develop; we can expect an increase in tick infestation. Unfortunately, many of these ticks carry diseases.

Many years ago, the country went through a deforestation process, turning wooded areas into farmland, pushing deer away. Deer sightings were rare back then. Then our country started reintroducing deer into wooded areas, specifically for hunting purposes.

Most states now enforce hunting regulations for good reasons. They don’t want animal populations facing extinction. The rules created for hunting have worked. They have worked too well, especially for deer populations.

Currently, the deer population is on the rise. Each overpopulated deer habitat becomes a breeding ground for deer ticks and Lyme disease. Further, as we develop land for homes and other buildings, deer are forced to adjust their lifestyle.

People who developed the land encroached on the deer. In some areas, deer do not have anywhere to go, so they remain near the subdivision.

This means there are deer who are infested with deer ticks roaming neighborhoods, spreading ticks and diseases. Every deer can host hundreds of ticks. Each tick lays around 2,000 eggs. Each time you see a deer, remember that stat.

There is little information on what the United States government is doing to control the spread of disease-infected ticks. They are not implementing control measures and instead, placing the responsibility of tick control on individual Americans.

The good news is that there are steps you can take to prevent a tick bite that could lead to Lyme disease.

Don’t stay indoors. Continue to enjoy the outdoors. But do so with ticks in mind. If you are going hiking in the woods, cover your feet and ankles with clothing and tick repellant. When you return from the outdoors, shower and do a full body check for ticks. Don’t forget to check your pets, all of them. Ticks love animals just as much as humans.

If you experience a tick bite, find a rash on your body (even if there is no tick), or start experiencing any of the symptoms associated with Lyme disease, call your doctor. It’s always better to be proactive, even when there is only a slight potential for developing Lyme.