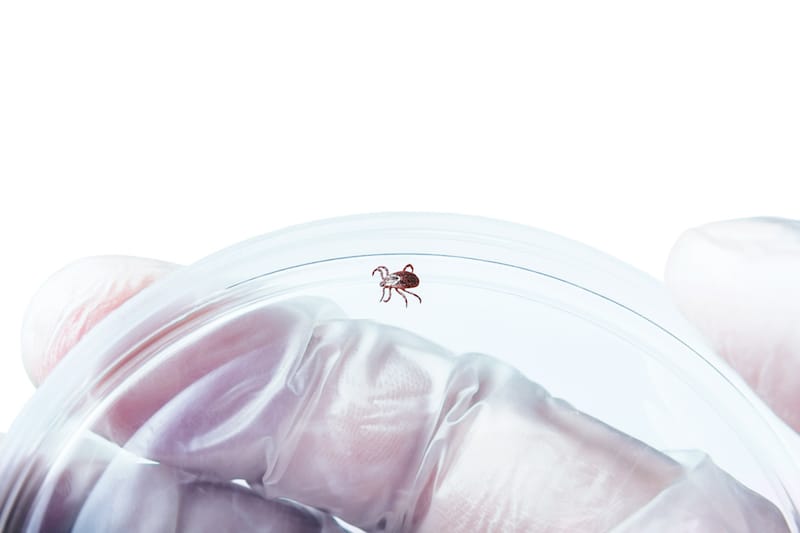 At least 40 of the United States have reported cases of Babesiosis, which comes from Babesia. In 2011, the Center for Disease Control made Babesiosis a nationally notifiable condition. In the last two years, most cases of Babesiosis have been found in the Northeast. Specifically, Connecticut, Massachusetts, New Jersey, Maryland, New York, and Rhode Island have the disease’s highest rates.

This makes sense when considering its connection to Lyme disease, which was first discovered in Connecticut and spread quickly to other New England states.

Because for some people, Babesiosis can be life-threatening; we must understand what it is, treatment and prevention.

Babesiosis is a parasite that attacks red blood cells in humans. The parasite essentially creates an infection in your body. There are over 100 strains of Babesia, but the one that affects humans is called babesia microti.

For people with a struggling immune system, like those with Lyme disease, the infection can become a significant problem. For others, it can become fatal, particularly those who do not have a spleen.

Further, people who have liver or kidney disorders and the elderly are at much higher risk when infected with Babesiosis.

The majority of cases of Babesiosis are caused by an infected tick transferring the infection through a bite into the human bloodstream.

The specific tick involved is the black-legged tick or the deer tick. This means Babesiosis can be a co-infection of Lyme disease. Your doctor must test for co-infections like this when testing for Lyme and other immune hindering disorders.

The sooner you can be tested, the better. Early detection can prevent the spreading of Babesiosis.

How is Babesiosis Spread?

As mentioned before, Babesiosis is spread by an infected deer tick. This is not the only way it is spread, however. If you receive a blood transfusion and the blood donor is infected with Babesiosis, you can acquire it too simply because you are replacing your blood with infected blood.

Babesiosis is also spread through childbirth, from the mother infected to the baby.

In the United States, the main form of transmission is from tick to human. Deer ticks in the young nymph ticks. In this stage, they are the size of a seed. Because of their small size, infected people might not remember having a tick bite. They may not even remember the grassy, brushy area in which they wandered through and in which the ticks live.

The nymph ticks latch onto feet and legs as they brush by them. They then begin their crawl around the human body, searching for the right place to break the skin to get into the bloodstream.

Once in your bloodstream, the infection spreads throughout the body by reproducing itself. The longer it remains in your system, the more likely you will feel the negative signs and symptoms.

Signs and Symptoms of Babesiosis

Flu-like symptoms are the most notable ones associated with Babesiosis. Chills, aches, fever, joint pain, muscle soreness, runny nose, headaches, loss of appetite, and problems sleeping are other common symptoms.

Not everyone infected with Babesiosis will experience signs or symptoms. Or, they may be so mild that the symptoms are attributed to something else. For example, a mild headache may be connected to a lack of caffeine or a sinus infection. Joint aches and pains may be related to a hard workout the day before.

To get a correct diagnosis, work with a Lyme disease specialist who will examine your blood under a microscope searching for parasites.

Because babesiosis and Lyme disease can mimic other disorders, getting the correct diagnosis as soon as possible is vital for treatment.

Babesiosis treatment is available and is based mainly on your symptoms. Doctors typically start treatment with a 10 to 14 day round of high powered antibiotics like Azithromycin or Doxycycline. Patients with more severe symptoms may be given additional treatments that include antipyretics, blood and plasma apheresis, hyperthermia, and oxidative therapies.

There is no one-size-fits-all babesiosis treatment plan, or for even someone with Lyme, or both. You and your doctor will create a plan of attack against the parasites in your bloodstream. You can heal from this infection.

As you know, the best form of treatment is prevention.

This means you need to protect yourself from ticks all year long.

To avoid being bitten by an infected tick, follow these simple guidelines:

If you think you may have been bitten by an infected tick, even if you didn’t see a rash or experience known symptoms, contact a specialist today. Again, the sooner you can get treatment, the better.