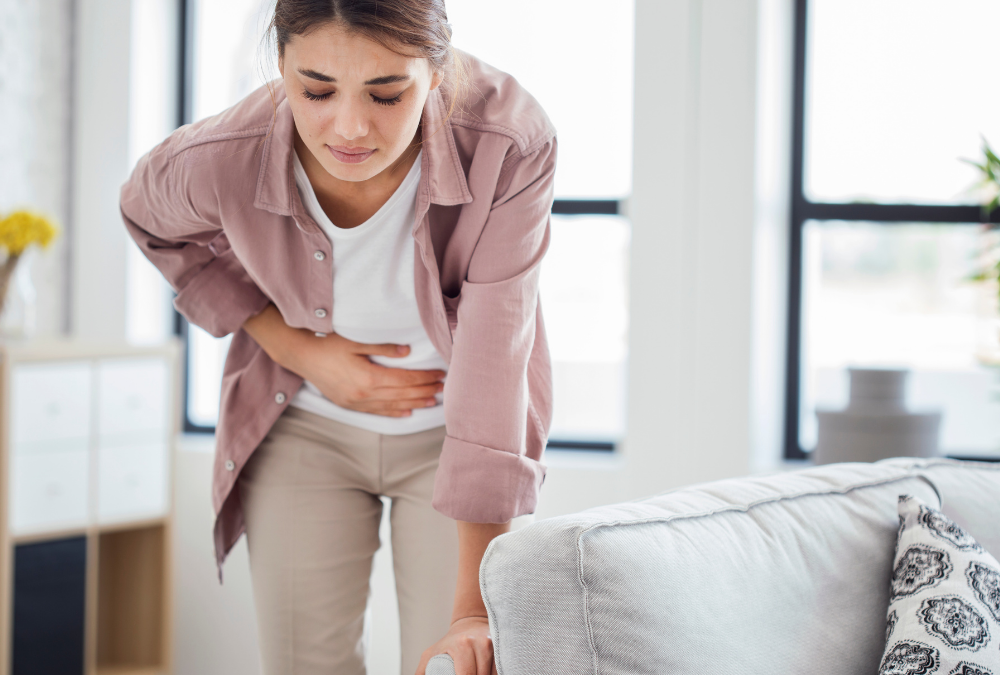 The connection between SIBO and Lyme Disease is something to keep in mind while navigating Lyme Disease recovery and treatment.

Your body has a cleansing system that uses the small and large intestines to push foods through, break them down, and eliminate them. If your small intestines are impaired, like from an infectious disease, the speed at which food is broken down can become slower. When this happens, bacteria begin to breed and grow on the undigested food. This leads to an overgrowth of bacteria in the area. The result? Gastrointestinal discomfort.

What SIBO is Not

There are myths about SIBO that should be clarified before detailing its relationship to Lyme’s disease. SIBO is not a bacterial infection, even though it is linked to bacteria. SIBO results from some other problem inside your body, an underlying condition, causing your gastrointestinal system to malfunction.

Another myth is that SIBO is not curable. However, SIBO is curable, but only if the underlying condition is not treated, SIBO will return again and again. Or, if your body does not respond well to a round of antibiotics, SIBO may return until you find the one that works.

Another myth is that taking probiotics is the answer to treating all bacterial problems in the gut. Probiotics may be the cause of SIBO in some instances. When using probiotics, you are releasing good bacteria into your intestinal tract. Having SIBO means you have an overgrowth of bacteria. Therefore, you are loading your intestines with double the number of bacteria every day. You must choose the right type of probiotics.

The myth that diet can cure SIBO is not valid. The foods you eat cannot cure SIBO, but they can ease your symptoms. Diet tips to avoid include trying to starve bacteria and avoiding strict diets that rely on shakes or foods that you cannot maintain.

The main symptoms of SIBO include:

The hydrogen/methane breath test is a simple, harmless way to test for SIBO. Everyone has hydrogen in their breath. For some, ingesting a sugar solution may change the amount of hydrogen in the breath. If the hydrogen level increases, this is a sign of bacterial overgrowth. It can also represent an intolerance to certain sugars.

If the hydrogen/ methane breath test is inconclusive, your doctor can perform diagnostic testing on a sample of intestinal fluids and culture. This procedure involves a specialist using a scope to go through your stomach and into the intestines.

Some doctors prefer to verify results with blood tests to check for vitamin and blood protein deficiencies, stool tests for undigested fats or bile acid, and imaging to inspect for structural issues.

Ruling out possible causes of SIBO can be a type of treatment. It’s ensuring you do not treat the wrong condition. For example, ruling out yeast or candida overgrowth. Symptoms of candida and SIBO are practically identical, but treatment is not the same since you are treating yeast versus bacteria. Candida can occur in the intestines, vagina, and other body parts, whereas SIBO occurs in the small intestine only. In addition, SIBO systems are restricted to the gastrointestinal tract, and candida symptoms can affect most parts of the body.

Additional treatments for SIBO caused by Lyme disease include:

Phases of a SIBO and Lyme Disease Diet

Researchers advise implementing a SIBO and Lyme disease diet in phases over several months. Phase one consists of the FODMAP diet plan, which stands for fermentable, oligosaccharides, disaccharides, monosaccharides, and polyols. Over many weeks, you must detox your system by substituting high sugar and carbohydrate foods with items that will produce less gas and promote healing in the gut.

Phase two is to shift to a plant-based diet. Your doctor may also give you antibiotics to destroy harmful bacteria.

Phase three involves restoring bacterial balance, which can be accomplished with the right kind of probiotics. The wrong probiotics can make your problem worse.

Finally, you can reintroduce certain foods back into your diet. If a specific food causes gas and discomfort, you are intolerant of that food.

Treating SIBO and Lyme disease should be done by a Lyme-literate doctor. You can reach out to a doctor today to start your intestinal healing.