How is Lyme Disease Spreading to New Regions? 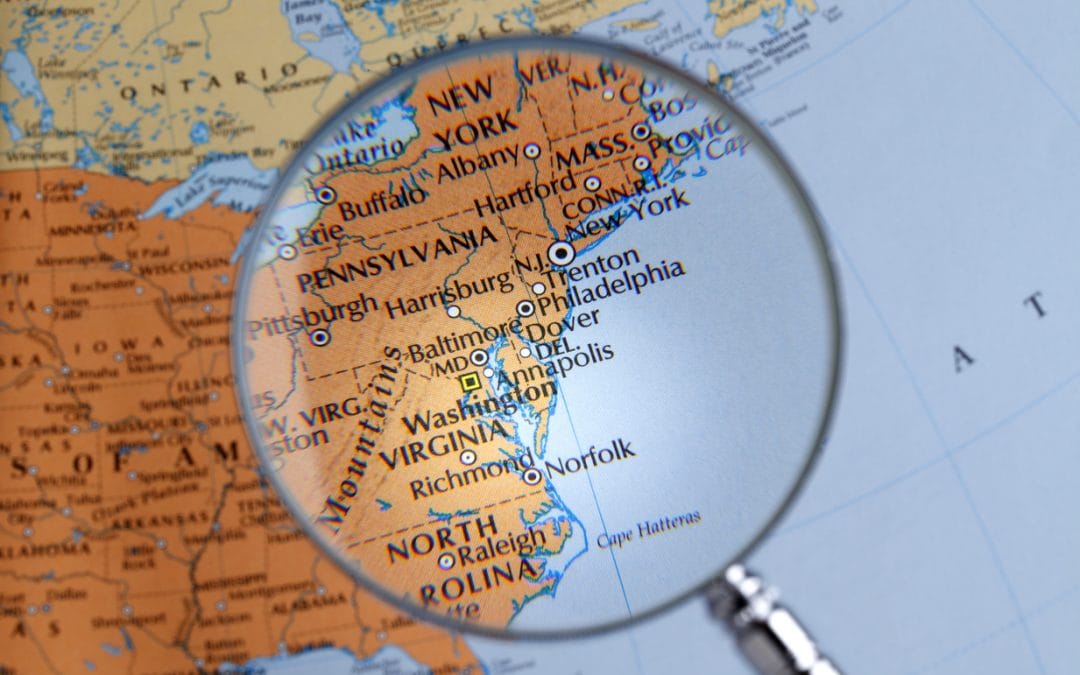 What we have known about the origin of Lyme disease could be all wrong. Katharine Walter of the Yale School of Public Health led a study that focused on the bacteria Borrelia Burgdorferi. What they found is astonishing.

According to this group, the Lyme disease bacteria not only existed before the mid-1970s, it has been around for over 60,000 years, before humans existed.

The researchers studied over 7,000 ticks from around the United States and Canada and went about sequencing genomes. They created an evolutionary tree of the bacteria and found it did indeed start in the Northeast. It then headed South and West to California.

Then the group discusses their theory of how deer ticks carrying the bacteria has become the epidemic it is today.

First, the researchers claim there are ecological changes that have made it easier for deer, ticks and the bacteria to spread. The more we, humans, change the landscape, the easier it becomes for invasions of animals and insects of all kinds.

We cut down massive amounts of trees to develop neighborhoods and cities. This pushes deer and ticks in different directions. Deforestation of the land created opportunities for deer to move into suburban areas. Doing so meant predators like coyotes and wolves were no longer eliminating parts of the deer population.

The researchers also claim climate changes, specifically warmer winters, all ticks to survive and travel. Finally, the researchers noted ticks with the Lyme bacteria can infect birds, rabbits, and other small animals. Where these animals travel, so does the disease.

There are many factors within the climate that can influence the spread of Lyme disease to new regions. Temperature, how much it rains or snows or sleets, and humidity are a few examples. Because we know ticks become paralyzed in weather that is below freezing in temperature, a change in climate that produces longer, hotter days, supports the spread of Lyme disease through ticks.

Some reports claim our climate is rising by two degrees each year. This is very alarming since these rising temperatures can create new places for ticks to thrive.

Transportation has advanced so much that we are able to travel all over the world in a short period. Through globalization, or spreading our influence internationally, across the United States, regionally and locally, we can easily spread germs and bacteria, like the ones associated with Lyme disease.

It is on these travels they may unknowingly take a Lyme infected tick with them. This gives the tick many opportunities to land in a new environment.

Or, a person or animal who is infected can take the disease with them on their travels. While at their destination, they may be bitten by a tick who then becomes infected.

Another scenario may be if a person travels to a destination, gets bit by a tick while there, and then comes home infected.

The Spread of Deer

As mentioned before, deer are traveling to parts of the United States that are new to them. They travel to new parts because we are cutting down their natural environments. Deer are now found in backyards, crossing major highways, and penned up by those who become deer farmers.

Just search YouTube for encounters with deer and you will have access to many videos. Being this close to deer, however, makes it easier for ticks to move from the deer to humans who can then get infected with Lyme disease.

The more forests destroyed for housing development, the more we push deer into areas where people live, work, shop, and play. Not only deer, but also mice, chipmunks, squirrels, moles and other small animals that can carry the B. Burgdorferi bacteria.

According to Global Lyme Alliance, the spread of Lyme disease to new regions can be attributed to migratory birds. Birds have been known to carry a variety of diseases, from West Nile Virus to Lyme Disease.

Birds do not infect humans, however. But they can infect deer ticks that can infect humans. For example, a bird in the North is bitten by a tick with Lyme disease. That tick attaches to a different animal before the bird migrates South.

Once the bird flies South, a deer tick from that region may attach to it, infecting that tick with Lyme disease. Eventually, the infected tick finds a human to latch onto and pass along the Lyme disease.

It is clear Lyme disease will continue to spread to new regions unless dramatic changes are made on personal, national, and world-wide levels.

Until that happens, you must also know there are many treatments available to help you overcome the symptoms of Lyme disease, if you become infected.

First, work with a Lyme Specialist, a doctor who focuses on all things related to the disease. Lyme specialists can perform better testing, and they have programs to help you eliminate Lyme from your system.

Some of the methods they use include therapeutic apheresis, where you infected blood is replaced with clean blood. Specialists can also provide hyperthermia treatments that create an artificial fever in your body that fights bacteria.

A variety of detox therapies can be used to eliminate the toxins from your body. Homotoxicology, Chelation and Body Purification are a few techniques.

In conclusion, it has been proven that Lyme disease is spreading. To prevent it from spreading to you, take preventative measures that help you avoid getting Lyme disease in the first place. Use deterrent sprays, cover your body parts with clothing when you know you will be in the woods, and check your body often for ticks.

Finally, meet with your Lyme specialist who can give you more advice on Lyme disease.