Lyme Disease Vaccine on the Horizon for 2020 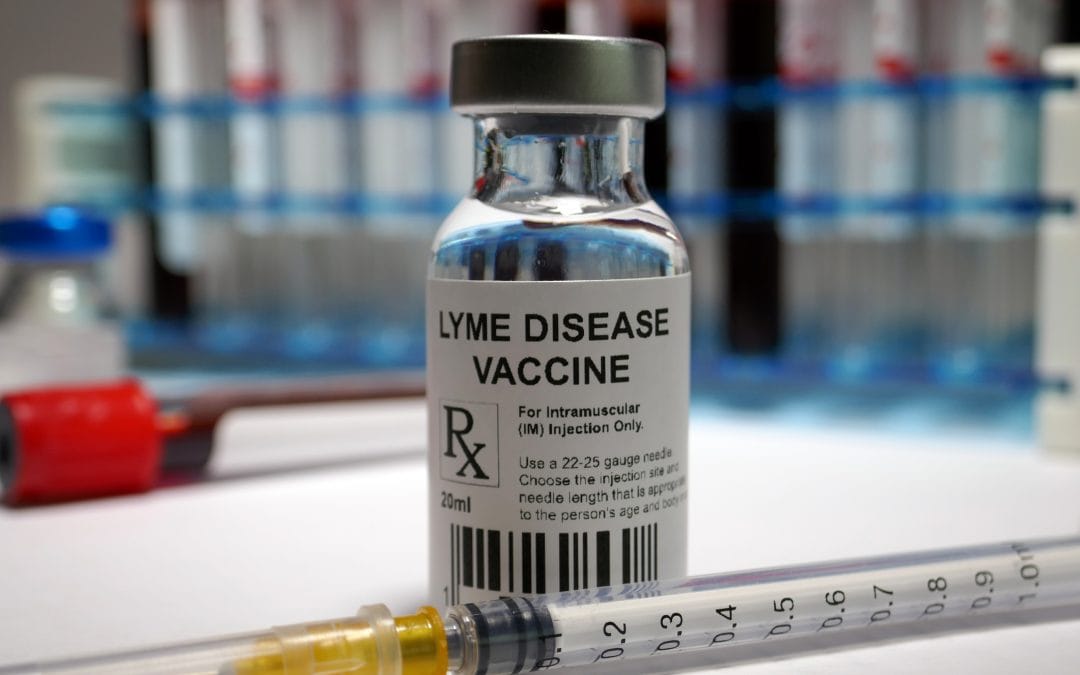 With the announcement of clinical studies currently being developed for the new generation of Lyme disease vaccines and the results currently in the way of being reported, I decided to jump in this topic and address some of the most noted controversies, misconceptions, and concerns revolving around this subject.

This program has been granted Fast Track designation by the FDA in July 2017, and involves major pharmaceutical companies, Pfizer & Valneva, with currently 800 candidates. Let’s dive in further with the details below.

The Vaccine Concept and Goals

A substance used to stimulate the production of antibodies and provide immunity against one or several diseases. This is prepared from the causative agent of a disease, its products, or a synthetic substitute, and treated to act as an antigen without inducing the disease.

The goals are to be prophylactic, ameliorate symptoms and reduce further infection spread.

Vaccines – under the right circumstances, assessing the individual risks, and selecting it on the right population – can be lifesaving and a blessing. Failure to assess all related risks and/or using them indiscriminately could lead to long-lasting life risks, side effects, and complete disability or death.

Both products were recombinant OspA vaccines for Lyme. FDA approved the Lymerix vaccine in 1998 and enrolled10,906 healthy candidates ages 15 to 70 years old. The Imulyme vaccine underwent similar phase III studies, yet did not apply for FDA approval.

Both manufacturers voluntarily withdrew its product from the market amidst media coverage, fears of vaccine side-effects, and declining sales.

Initial limitations where as follows:

Ultimately by definition, failing in all categories of a successful vaccine.

In this study from 2004, we created an OspA/B-deficient mutant of an infectious human isolate of Bb (strain 297) and found that OspA/B function was not required for either Bb infection of mice or accompanying tissue pathology.

With the development of the new 2020 Lyme disease vaccine, and the fact it is based from the same OspA recombinant technology of its predecessors, the prudent thing to do would be to have an open discussion among the scientists on both sides of the fence. This includes government, private corporations, and recognized Lyme Society allowing room for addressing previous and newly arisen concerns.

We should try to avoid at all cost the common dealings among big pharmaceuticals of creating a poorly tested and studied product out for human use. For example, letting it run for 3-5 years making huge profits and then finding out it doesn’t work only to pull it back from the market while the pockets are full and candidates have been left afflicted or worse.

To understand what is necessary to prevent Lyme successfully and promote a healthy immune antibody production by vaccination, the researchers, doctors, and scientists involved in the project should understand and acknowledge the intricacies to the disease. In addition, its immune deregulatory effects, chronicity forms, persisting mechanisms, polymorphism, genetics, cycles and sub-cycles, as well as the illness consequences before undertaking such an endeavor.

Preferably the people involved should be Lyme literate and open to collaboration and constructive criticism from the current Lyme authorities and renowned Medical Associations in order to avoid another Lymerix experiment with an end result of human casualties. A possible solution to remaining issues such as co-infections should also be addressed during the commercialization and development process.

This is an autologous therapy that activates the antigen presenting cells of the patient’s immune system and with it, Opsonization and Phagocytosis of full Spirochetes occurs.

Dendritic cells are the only known cells capable for this direct and indirect cascade of events during infection. They are also recognized as the best activators of secondary and tertiary cascades of the immune system down-regulating autoimmunity and upregulating antibody production.

And by definition, Dendritic cells are the best antigen-antibody links of the whole immune system and trigger the highest level of specialization in target and destruction of pathogens as well as malignant cells. Moreover, they are also tolerogenic, meaning that they induce tolerance to inflammation and autoimmunity respectively.

Finally, Dendritic cells abundance in patients is directly associated with symptom dissipation and patient’s overall recovery as well as prevention of disease.

These findings should be taken into consideration for the development of the new vaccination products for Lyme disease.

How to protect at-risk populations without a vaccine in sight?

New reports point out several attractive features of Hydroxychloroquine that were overlooked in the midst of the controversy. HCQ has an extremely long half-life of 40 days in the human body, which makes it an ideal candidate for prophylaxis of viral infection. It has been used for malaria prophylaxis for decades in limited weekly dosing, which avoids the toxicity seen with high daily doses. It is also cheap and readily available if dosing is kept to a minimum.

More About the 2020 Lyme Vaccine From Dr. Morales