What Is Lyme Disease Fatigue? 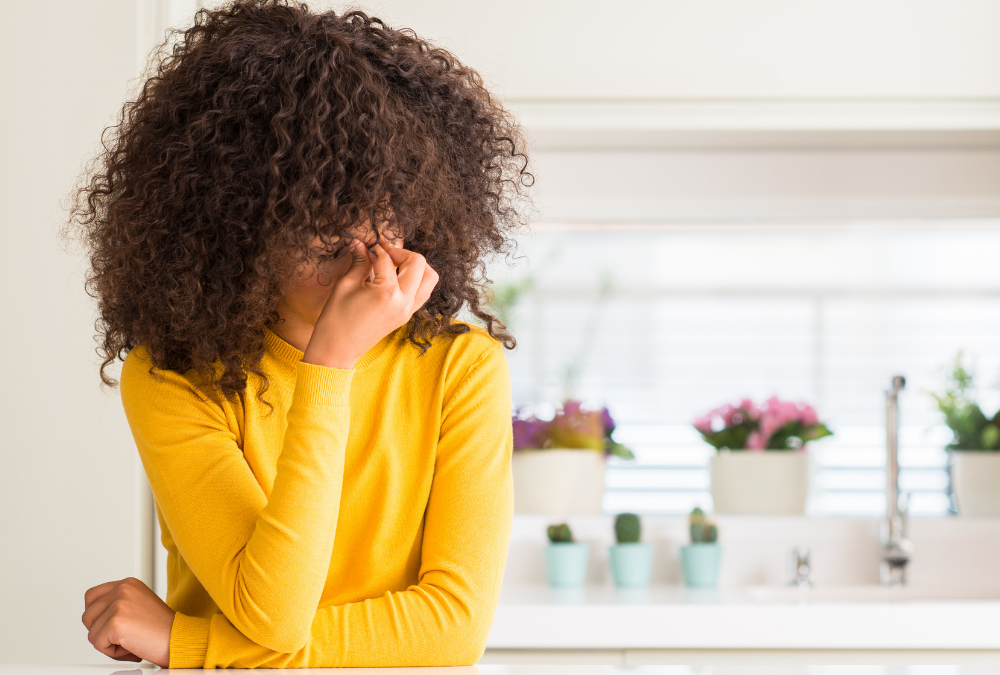 Lyme disease is the fifth most reported noticeable disease. However, it is also one of the most underreported diseases in America due to misdiagnoses and faulty test materials. Currently, there are over 476,000 reports of Lyme disease annually, but many reports suggest that number should be much higher. This means hundreds of thousands of people may be suffering the debilitating symptoms of Lyme disease every day. One of the most concerning symptoms is fatigue. Everyone gets tired after a long day at work or after going to the gym for a workout. At night, you fall asleep quickly and wake up refreshed. This is entirely different than Lyme disease fatigue.

What is Lyme Disease Fatigue?

Fatigue is often described as an overall lack of energy, from head to toe. Fatigue causes you to be unmotivated physically and emotionally. If you manage to start a project or task, you tire easily and need to stop and rest.

Fatigue does not improve after a nap or many hours of rest or sleep. You can sleep, but it doesn’t feel refreshing. Fatigue is an underlying condition representing some other problem, like Lyme disease. Many people feel too exhausted to be physically active and too exhausted to think.

If your fatigue symptoms persist for six months or longer, it is considered chronic Lyme disease fatigue syndrome.

Fatigue rarely appears all by itself, especially with Lyme disease. Instead, there are common symptoms that can worsen your fatigue, including the following:

What Are the Different Types of Lyme Disease Fatigue?

Lyme disease fatigue can affect every part of your body. Below is a brief description of the types of fatigue you may experience.

Physical Lyme disease fatigue makes you feel like it takes everything you have to exert energy. Even if you have been sitting all day and relaxing, moving around for any amount of time can feel exhausting.

Emotional Lyme disease fatigue refers to the exhaustion after experiencing intense feelings, whether sadness, joy, anger, fear, love, or anxiety. It takes more than just thoughts to have emotions. The whole body is involved, making you feel tired all over.

Mental Lyme disease fatigue is connected to memory, concentration, focus, learning, and other cognitive functioning. Someone without Lyme fatigue can work a long day in accounting or customer service or counseling and still have the energy to clean the house, cook dinner, and hang out with family. They would complete their day at work, skip cleaning, cooking, and hanging out, and go to bed.

Social Lyme disease fatigue occurs when you spend time talking to others either in person, on the phone, online, or even through texts. Talking to others and being social gives them a burst of energy for some people. Many people feel better after handing out with friends socially. Those with Lyme fatigue feel exhausted from interacting socially. It wears them down to the point that it requires rest.

The various types of Lyme fatigue can overlap or trigger one another.

Getting the Right Diagnosis

Many general practitioners misdiagnose Lyme disease fatigue as chronic fatigue syndrome, anemia, sleep apnea, insomnia, mental illness, hypothyroidism, and other conditions with similar symptoms. Unfortunately, the misdiagnosis leads to a worsening of symptoms. Another problem is that many doctors try to treat the fatigue rather than figure out the problem’s source.

Also, the standard tests used by general practitioners are only accurate part of the time if the antibodies are active at the time of the test. Lyme antibodies often go dormant, and they are very good at hiding in the lining of cells and tissues. This means the tests used by doctors will not detect the antibodies, giving you false negative testing. Yes, you can have Lyme disease even if your test comes back negative.

To get the correct diagnosis and treatment, you must consult with a physician trained in infectious diseases and tick-borne illnesses. Often called Lyme literate doctors or Lyme specialists, they form a diagnosis based on symptom reports, serology, or examination of your blood serum, immunoblots, Polymerase chain reaction (PCR) testing, and comprehensive coverage Lyme testing.

Lyme specialists also test for co-infections that often accompany Lyme disease. A tick can transmit Lyme and myriad other bacteria into your system. If all infections are not treated, your symptoms will persist.

Antibiotics are the primary treatments for Lyme disease prescribed by general practitioners. However, they are not the only treatments. Lyme literate specialists have advanced, modern equipment to perform outpatient procedures to eliminate Lyme fatigue.

Another new therapy is called biofilm eradication. Biofilms are like little armor that surrounds and protects Lyme bacteria, making it very hard for your immune system and antibiotics to get rid of bacteria. Therefore, researchers created a way to break down the armor or biofilms, making it easier to get to and destroy bacteria.

Hyperthermia uses your natural fever to kill Lyme bacteria. But with Lyme disease, your Lyme specialist must assist your system in increasing your temperature so it can fight the Lyme infection. As soon as you reach a high enough fever, your doctor will reduce it until your temperature is back to normal.

Your Lyme specialist can tell you about numerous other therapies that can eliminate bacteria and give you the energy you need to have a fulfilling life once again.