Lyme Disease Can Be Contracted in Winter Too 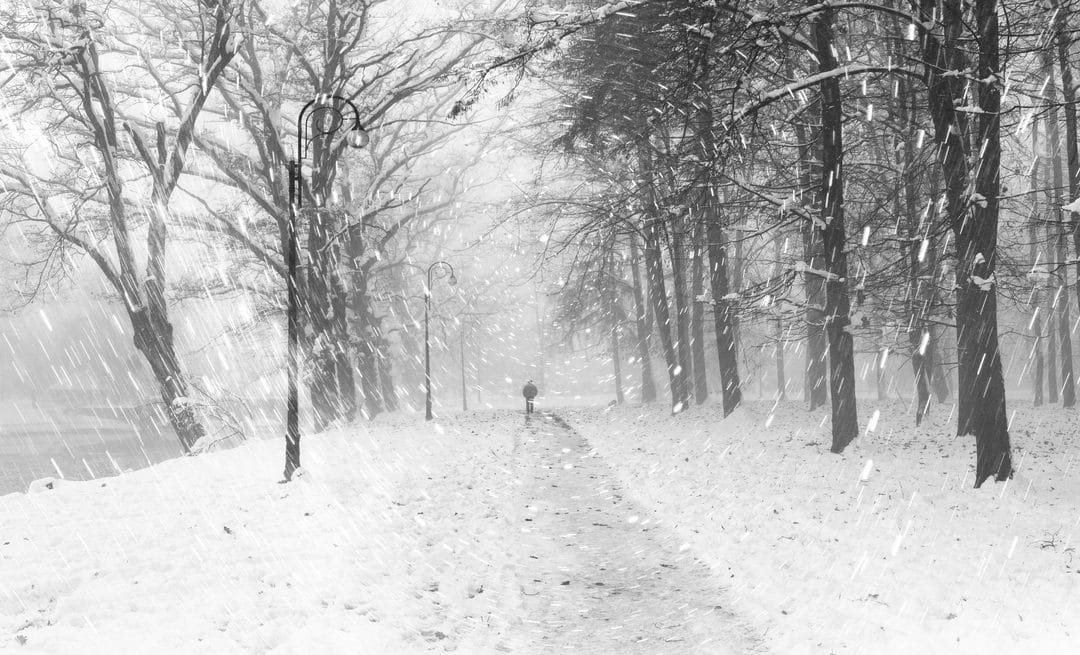 Reports show deer ticks are not killed by freezing temperatures. This means you can be one of the hundreds of thousands of people seeing a doctor for a tick bite with the potential to spread Lyme disease, even in the winter.

Educating yourself on all things tick related will help you put together a plan to try and prevent tick bites during the winter. So, let’s start with learning how deer ticks differ from another common tick, the dog tick.

Dog ticks are known for their soft shell. They can grow, depending on how much blood they consume. While these ticks can carry bacteria, they do not carry the bacteria that leads to Lyme disease. Deer ticks can, though.

Deer ticks have hard shells and are very small. They can look like a flat seed. They have four stages of life over a two-year period.

Yes, deer ticks have multiple life stages. As if they were creepy enough, right?

The four life stages of the deer tick are called egg, larvae, nymph, and adult. In the Fall season, deer tick eggs are fertilized. When Spring arrives, the fertilized eggs are drop onto leaves and as Summer rolls around, they become larvae.

Larvae can crawl around and attach to a host, usually a rodent or small animal. It’s at this point Lyme disease can be passed. If the animal has Lyme, the tick will get Lyme.

They then start their change from larvae to nymph. As a nymph, they are dormant until the following Spring, at which time they begin to move around and feast on animals once again. The nymph stage is also when humans are most likely to become a host and possibly receive the Lyme bacteria.

Nymphs move into the adult stage, in which female nymphs grow eggs and before winter, drop the eggs into ground vegetation and the cycle starts over again.

In winter, deer ticks can go dormant, but they do not die.

Dormant Versus a Host

You may be like many who thought getting a tick bite during winter was impossible because they are not around after Fall. Unfortunately, this is false.

It seems when they are sitting on frozen ground, or ice or snow, they become stuck. Not stuck like their little legs would separate from their body if you pulled on them. They are stuck by their lack of ability to get enough energy to move around.

But once the temperatures rise above freezing, they can do their thing, which is carry nasty bacteria that can lead to Lyme disease.

Ticks don’t even have to go dormant if they can find a host to latch onto for the winter season. Host as in deer, a tick’s preference, or yes, a human, or any other warm-blooded creature.

You’re probably checking yourself right now for ticks. Just the thought of them being out and about during winter is making your shiver.

Let’s take a closer look at why Lyme disease can be contracted during winter.

Knowing this number can help you prevent getting a tick bite in winter. By keeping up with the weather, you can know when to follow through with Lyme prevention activities, like checking all your body parts for ticks once you get home.

You can also keep up with when to relax a little and worry less about bumping into a deer tick.

Ticks are searching for a warm-blooded host. They don’t drop down from trees and fall into your hair. They don’t fly or jump. So, if you find a tick on your hair or scalp, they have likely crawled there from somewhere on your lower body.

Deer ticks can land on a host that simply walks by them, or into them. As a part of you brushes them, they latch on.

They can stay on their host all winter, getting nourishment and shelter during the colder months. Once winter ends, the tick will seek out a new host, which could even be your pet.

Your big fluffy, shaggy dog looks like heaven to a deer tick during winter months. Sure, deer ticks would rather live on an actual deer. But your pet will work just fine when they can’t find a deer.

Unfortunately, your pet can contract Lyme disease from that tick, just like you can. And when you are playing or petting your pet, the tick can jump from them to you.

It’s important you protect your pets as best you can. Working with your veterinarian can help. They have Lyme vaccinations, as well as topical treatments you can give your pet throughout the entire year.

Protecting yourself against Lyme disease in the winter is the same as in the summer and all other seasons. Learn about the tick population in your area. It’s true, tick bites occur more frequently in the northeastern states.

However, all 50 states have confirmed cases of Lyme disease. Just because you live 3,000 miles away from the northeast does not mean you won’t get a bite from a tick carrying the bacteria that leads to Lyme.

Wear protective clothing, including shoes, when outdoors. After you check your body for ticks, check your pet’s body too.

Deer ticks like to lay low, like under leaves and brush low. Some even burrow just under the surface of the earth, waiting for warmer days.

Use the sprays that keep ticks at bay. Check yourself multiple times after being in the woods. And keep educating yourself. If you think you may have been bitten, seek treatment from your doctor.