It’s Lyme Disease Awareness Month, Why This Is Important 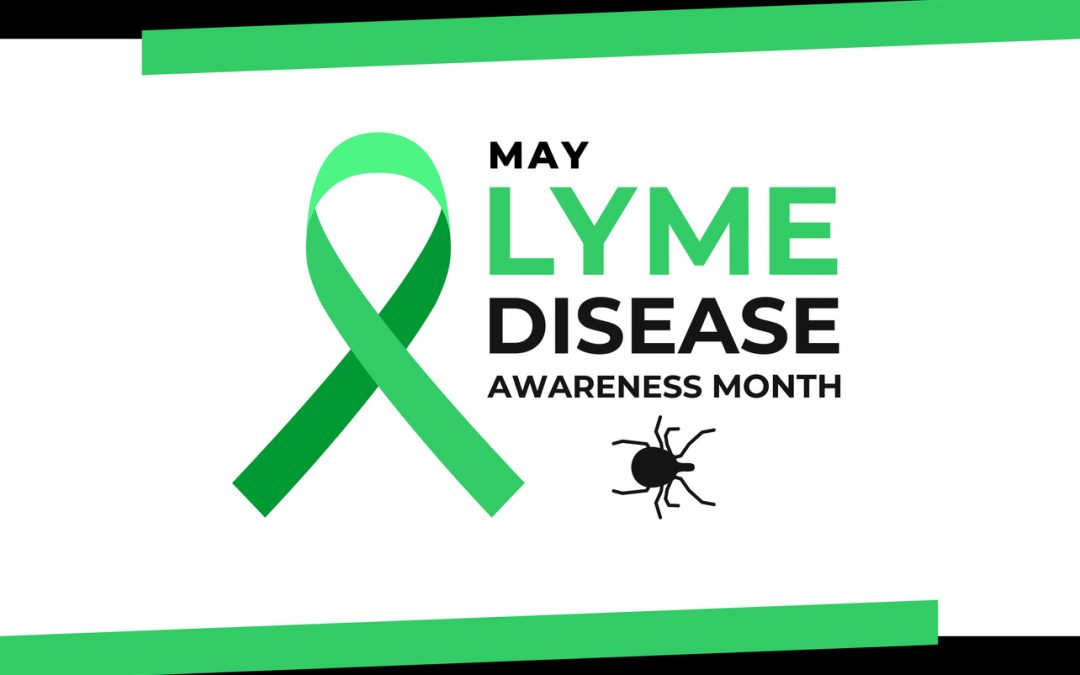 May has been assigned Lyme Disease Awareness Month!

Every May is filled with graduations, celebrations, and memorials. May is also known for awareness about topics that can be life-altering. One of the most critical campaigns is for Lyme Disease.

Because the weather is warmer and because ticks are active in warm weather, this is the perfect time to talk about Lyme disease.

It’s summertime. It’s time to go outdoors and have fun. Don’t let worry about Lyme disease keep you from enjoying outdoor activities. Here are some things you can do to protect yourself and prevent Lyme disease.

When you know you will be in grassy areas, the woods, or hiking trails, wear closed shoes, pants, and long sleeves to cover your skin. This puts a barrier between a tick and your body. Also, use sprays that repel ticks and other insects. Because you are spraying your clothing, not your skin, the sprays are not harmful.

When you come in from the outdoors, shower immediately and check your whole body for ticks. If you find a tick moving on your body, it likely has not latched on and bitten you yet. Remove it and dispose of it. If a tick has latched on, remove the tick and put it in an air-tight container. Save it in case a rash or other symptoms develop. You can show it to your doctor for evaluation.

In the 1970s, in Lyme, Connecticut, a group of children and adults started having some strange symptoms, including rashes, headaches, flu-like symptoms, swelling of the knees, and severe fatigue. While the source of their symptoms was not identified until later, they gave the group of symptoms a name, Lyme disease.

In the 1980s, a scientist researching Rocky Mountain Spotted Fever, caused by a tick, also began studying Lyme disease. He made the connection between the tick and the disease.

The Tick with Lyme Disease

The tick linked to Lyme disease is called the black-legged tick, or the deer tick. It is tiny, which makes it almost impossible to see it living in its natural habitat. Groups of ticks live in brushy, tall grass areas. They latch on to warm-blooded animals and humans as they pass by.

Deer ticks have different life stages. Young ticks latch onto animals who carry Lyme disease, like deer or rabbits. While feeding on the animal’s blood, they contract Lyme disease. After feeding, they drop back into grassy areas to grow. Once they are full-grown, they find another warm-blooded body to latch onto again and feed. When they do, they pass along the bacteria that causes Lyme disease.

How People Get Lyme Disease

When a deer tick latches onto your body, it starts searching for the perfect spot to bite, which means it will embed itself by breaking your skin and working its way through. The tick’s goal is to reach your bloodstream to feed.

If it reaches your bloodstream, it will transmit bacteria called Borrelia burgdorferi into your blood. The bacteria cause an infection and begin to spread throughout your body. Bacteria multiplies and becomes stronger the longer it remains in the body.

The sooner you can get a diagnosis, the better.

Recognizing your symptoms and getting the correct diagnosis early is imperative, but unfortunately, that does not always happen. Misdiagnosis happens because the symptoms of Lyme disease mimic that of many other conditions. Symptoms are similar to those of the flu, migraines, IBS, and even depression. To make matters worse, only two tests are available to diagnose Lyme disease, and they are not always accurate.

The ELISA and the Western Blot test can only test for Lyme antibodies, which are not always active. If you are tested when the Lyme antibodies are dormant, your test will come back as negative.

This means you could have Lyme disease even though the tests say you don’t. Proper diagnosis and treatment must start by seeking an assessment from a Lyme literate specialist.

To treat Lyme disease, most practitioners order a two-week round of strong antibiotics. But this is not always enough. Lyme literate doctors use antibiotics also, but with advanced doses and treatment methods.

Reports state antibiotics should be given for no less than 21 days if taken orally. A better way to administer antibiotics is intravenous. IV antibiotic protocols provide better results because the medicine goes straight to your bloodstream, where the infection resides. They don’t have to pass through the digestive system, losing part of their effectiveness to stomach acids.

The goals of alternative treatments include attacking bacteria directly, boosting your immune system so it can help fight infections, and most importantly, eliminating your Lyme disease symptoms.

Therapeutic apheresis of blood, plasma, or both is one alternative technique. With this process, your infected blood and plasma can be removed from your body and replaced by healthy blood and plasma. It sounds complicated, but treatments are administered in a licensed outpatient Lyme clinic in just a few hours.

Additional advanced treatments include hyperthermia, biofilm eradication protocol, regenerative therapy, antioxidant, and oxidative medicine. There are even more alternative treatments you can explore with your Lyme literate doctor.

Now that you have more information on Lyme disease, it’s time to share it with others, especially during Lyme Disease Awareness Month! Together, we can help people prevent Lyme disease, and we can give hope to those who are already fighting it. Let’s make Lyme disease awareness a priority.