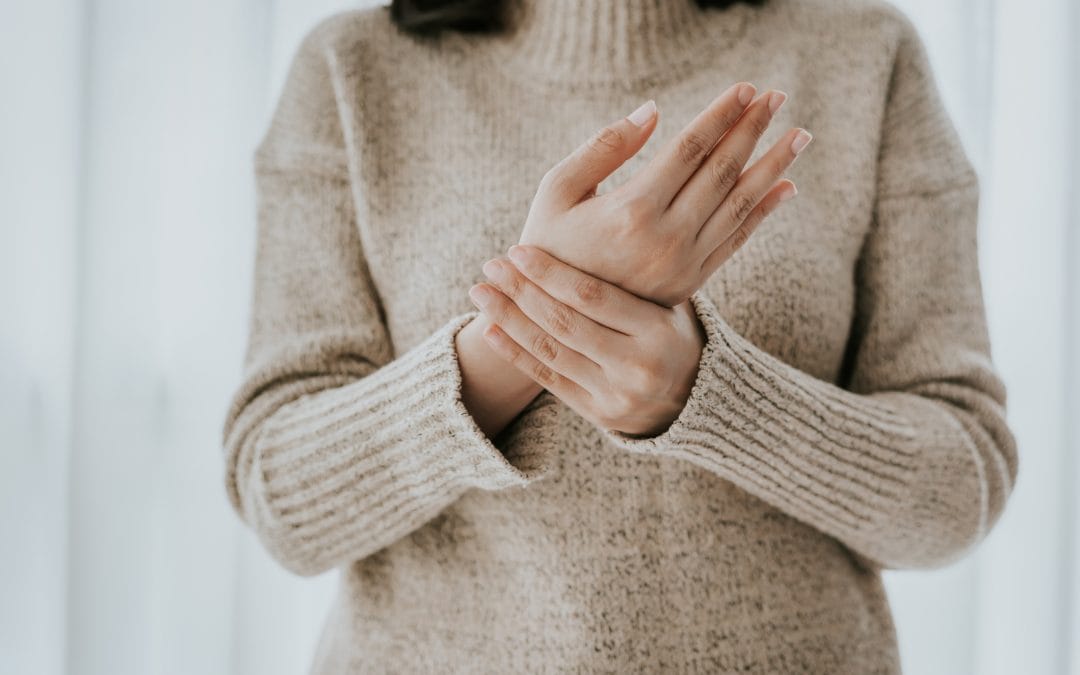 According to the Lyme Disease Association, Lyme disease is affecting people worldwide and is in more than 80 countries worldwide. The Center for Disease Control (CDC) defines Lyme disease as:

Initial symptoms may include a rash that appears like a bullseye around the spot of the tick bite. Lyme disease can affect the nervous, musculoskeletal, and cardiovascular systems.

What Is Lyme Arthritis?

Arthralgia is a pain in the joint. This pain can appear in any joint on the body. It is a prevalent symptom of Lyme disease and can occur in the early or late stages of Lyme. The arthritis pain appears in bouts or “attacks” and can last for weeks or months at a time.

One report from Harvard Health claims 60% of people with Lyme disease experience the symptoms of arthritis in the form of swelling and pain in their joints. They report the results of a study by the National Academy of Sciences found a reason for the association between Lyme disease and arthritis.

How and Why Does Arthritis Present in Lyme Disease?

The reason people get symptoms of arthritis when they contract Lyme disease has to do with how the bacteria B. burgdorferi functions in your body. Bacterium protects itself with walls made of proteins and sugars. These are called peptidoglycan. The peptidoglycan helps bacteria divide and grow and spread.

However, with B. burgdorferi, it cannot do this. The proteins and sugars are primarily useless to the bacteria associated with Lyme disease. So, because it can’t be used, B. burgdorferi dumps the peptidoglycan wherever it can in your body.

Most of the time, this dumping goes into your joints. Both sugars and proteins like these can cause inflammation. And this can happen even when the bacteria have been killed off. In this study, it was found that patients whose symptoms did not improve even after taking antibiotics, still had peptidoglycan in the fluids in their joints.

Causes and Symptoms of Lyme-Related Arthritis

Lyme arthritis is not the same as chronic Lyme disease. Instead, it is connected more to late-stage Lyme disease. There are specific symptoms or traits of Lyme arthritis, like the fact that the pain it causes is not chronic and is not enough to keep someone from walking, even though it is painful.

Lyme arthritis does not usually affect all joints of the body. Instead, five or fewer joints feel inflamed, swollen and painful at a time. The bones that feel pain can vary during each “attack” though. The pain associated with Lyme arthritis is also not symmetric on both sides. Meaning, if your left knee is swollen and feeling pain, that does not mean your right knee will be affected too. The joints affected can appear random during each attack.

Occasionally, Lyme arthritis can make parts of your body swell and turn red and look very painful, when in fact, the pain is not as bad as it seems. Just the opposite can happen also. You may not see any external signs of inflammation or swelling, but your joints could be in acute pain.

Because Lyme arthritis can mimic other types of arthritis, and because Lyme disease is often misdiagnosed, working with a Lyme specialist is imperative to getting the right treatment. Diagnosis will include a two-part blood test. As soon as you notice symptoms, tell your doctor you want to be tested.

While the only two available tests for Lyme disease are not considered reliable, documentation of your symptoms will also be used to make a diagnosis. The best way to help assist your doctor is by thoroughly logging symptoms and all the minor details in between that may deem useful to your doctor.

Treatment weighs heavily on what you tell your doctor, you want to give the most complete description possible. The good news is that Lyme arthritis is highly treatable and there are a variety of methods doctors can use to ease symptoms, as well as eliminate the disease from the body. The first step most doctors use is a regimen of antibiotics.

At the same time, patients are given anti-inflammatory medicines to reduce swelling, which can reduce pain. Some doctors prefer to administer steroid injections into the joint. To compliment Lyme arthritis treatments, your diet and lifestyle will play significant roles. The changes you can make, like eliminating sugar, can aid in reducing inflammation in your joints.

Doctors who specialize in treating Lyme disease are trained to implement procedures that can detox your body, clean your blood and plasma, and prepare your body to improve the way it uses your immune system to fight bacteria like that associated with Lyme arthritis.

Therapeutic apheresis of the blood and plasma has been established as a premier way to get rid of parasites in the body. Doctors can clean your blood, eliminating toxins. In some cases, if your blood is not healthy enough, your doctor can replace your blood with approved donated blood that is free of infection.

Many report they can feel an improvement after just one session. Other treatments include hyperthermia or forcing your body’s temperature to rise to a fever. It’s at this temperature your body’s immune system starts fighting infection-causing agents, like the bacteria B. burgdorferi.