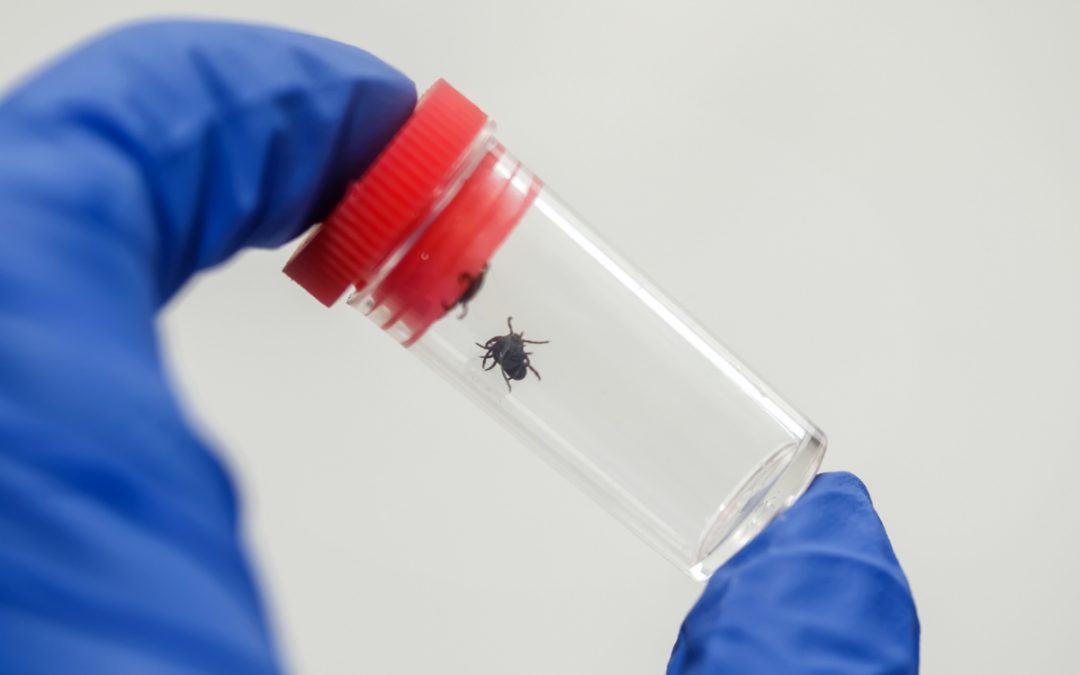 It’s ideal to be aware of the different types of ticks out there. Read further on for all the important details.

Ticks can be found around the world. They are categorized into two different families. Hard ticks have 700 species, and soft ticks have 200 species. A total of 900 species of ticks is frightening. Fortunately, only a few will bite and pass on diseases to humans.

Ticks have eight legs, placing them in the same group as spiders. Yes, ticks are arachnids. The main difference between spiders and ticks is that ticks feed only on blood from mammals, including wildlife, pets, rodents, birds, and humans.

There are noticeable differences between hard and soft ticks. For example, hard ticks have a hard shell called a scutum. Looking at a hard tick from above, you will see a round or oval plate, along with mouthparts. Soft ticks do not have a plate, and their bodies appear like raisins. The mouthparts of a soft tick are under it, on its belly.

Ticks have four stages of life. A female tick will lay hundred, sometimes thousands, of eggs. When the eggs hatch, they shed their outer coating and become larvae. In this stage, they again shed their outer layer, or molt, and attach to small animals like birds, moles, and mice. They feed on the blood of these animals and soon become nymphs.

It is in the nymph stage, in which most diseases are transmitted. Nymphs molt into adult ticks and search for larger, warm-blooded hosts. Once on a human host, ticks will search for an ideal spot to break the skin and work their way into the bloodstream. While feeding on blood, the tick transmits bacteria to its human host.

Ticks That Are High Risk for Lyme Disease

Deer ticks are the only ticks known to carry Lyme disease. They also carry many other bacteria that can cause co-infections when transmitted into your bloodstream. Not only will you be infected with Lyme, but you could also have Babesiosis, Borrelia mayonii, anaplasmosis, ehrlichiosis, Powassan disease, and others.

Female American dog ticks are the ones that will bite you and transmit disease; specifically Rocky Mounted Spotted Fever. Other possible transmissions from a dog tick include Tularemia, Ehrlichia, anaplasmosis, and tick paralysis.

The brown dog tick is reddish-brown, unlike the American dog tick, which is dark brown. The brown dog tick transmits diseases to humans that include Rocky Mounted Spotted Fever, Q Fever, and rickettsia. Dogs are especially at risk since this tick can transmit specific diseases only dogs can get.

The groundhog tick, or woodchuck tick, is a light brown or blond arachnid. It is found mainly in the Eastern states and transmits the Powassan virus to humans and animals.

The Lonestar tick is reddish-brown. Females have a white dot on their backs, which is the reference for the Lonestar. It is found mostly in the Southeastern states. This type of tick transmits diseases and, oddly, an allergy. It can produce an alpha-gal allergy that makes people sensitive to red meat.

Almost identical to the American dog tick and transmits the Colorado tick fever virus, rocky mounted spotted fever, Q fever, and tularemia. One difference is that the rocky mountain wood tick has a neurotoxin in its saliva that can cause tick paralysis in humans and animals. The paralysis can last up to 72 hours after the tick is removed.

How to Avoid Disease-Carrying Ticks

Multiple prevention methods help you avoid being bitten and infected by a tick. By simply observing your outdoor environment and knowing the habitats of ticks, you can reduce your risk of tick interaction. Ticks like to hang out in tall grass and brushy areas. When you know you will be in places like this, wear the right clothing.

Long-sleeve shirts, socks, closed-toe shoes, pants, and hats. The idea is to put a layer of clothing between you and the tick. Also, don’t be afraid to use tick repellent. They are safe and effective.

As soon as you come indoors, conduct a full-body tick check. Change clothes and take a quick shower if you’ve been in heavily wooded areas. Don’t forget to check pets for ticks too. While you may not have one, your pet can bring them indoors where they can still find their way to your body.

Finally, if you find a tick, remove it, making sure to remove the head. Pay attention to any new symptoms in the following days or weeks and seek treatment right away from a Lyme-literate doctor who can create the effective treatment plan you deserve.