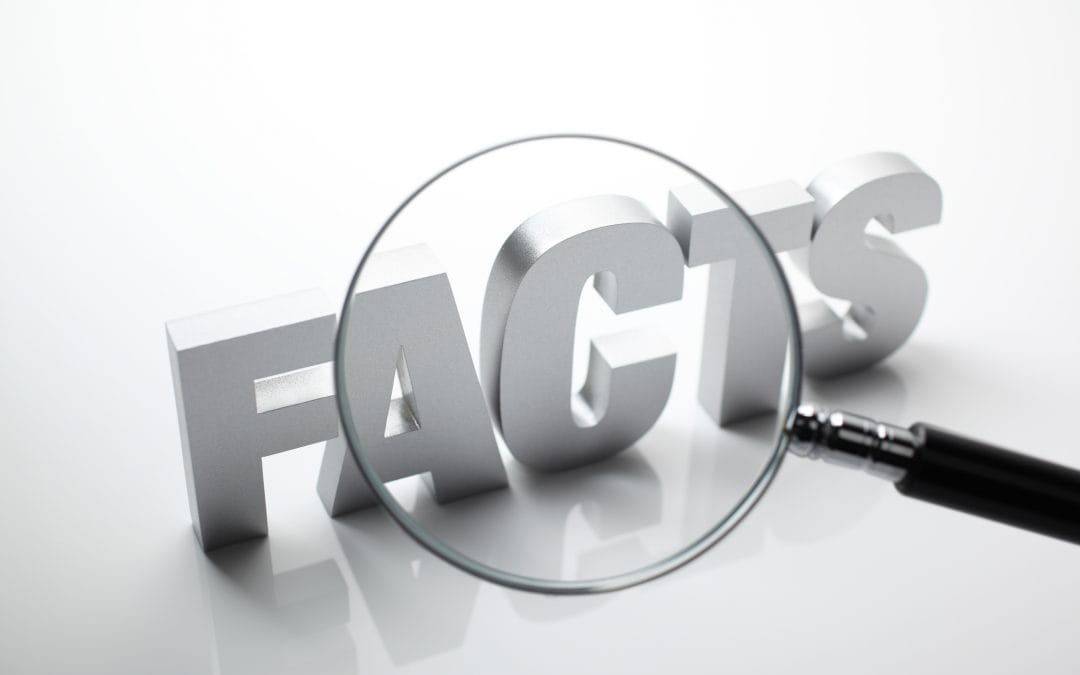 If you mention Lyme disease in conversation, everyone seems to have their perspective. They usually know someone who has it, or maybe they have it themselves. Almost everyone can offer a few facts they have learned over the years about Lyme disease.

Talking with others about Lyme is usually followed by sounds, facial expressions, and movements that suggest Lyme disease is something to avoid. And that is true. Lyme disease is not something anyone should have to combat.

One of the best ways to beat Lyme disease is to understand it thoroughly. The more you know, the more you can battle it or prevent it. Below, we give you ten Lyme disease facts to make you more powerful in the fight against Lyme.

The bacteria called Borrelia burgdorferi can infect deer ticks. The infected deer tick can then transmit the infection to humans by attaching to the skin and latching on. Some believe the tick must be attached for 36 hours, but this can differ for each person. The infection travels to your bloodstream, where it can then spread throughout your body.

Lyme disease can be contracted at any time throughout the year. Most cases occur during the Spring and Summer seasons, however. It was once thought that ticks die during the winter. We have now learned that ticks do not die. Instead, they go dormant every time the temperatures fall below freezing.

As the temperatures rise, so do the ticks.

The most common symptom associated with Lyme disease is a round red rash around the tick bite. This vague description has led to myths about Lyme. The truth is, not everyone gets a rash after being bitten by an infected tick.

Some may get a rash but not know it because the rash can appear anywhere on the body. The rash does not have to appear only around the tick bite area. It can also appear days or weeks after the bite.

Further, some people never get a rash after being bitten. Some never even know a tick bit them. That’s why it is essential to pay attention to your symptoms.

There are different stages of Lyme disease. By paying attention to symptoms, you may be able to eliminate the disease early.

Symptoms to watch out for include flu-like symptoms, including fever, sweats, chills, headaches, swollen lymph nodes, muscle aches, and pain in your joints.

The sooner you seek medical treatment, the better chances you have of eliminating Lyme disease. However, a problem can arise when you visit your family practitioner because the symptoms of Lyme can mimic the symptoms of so many other disorders.

You must request a Lyme disease test, even if your doctor feels your symptoms are unrelated. And keep in mind that even if your test comes back negative for Lyme disease, you could still have it.

That’s right; you can have Lyme disease even if your test results are negative. That’s because there are only two tests available, and those two tests are not accurate more than half the time. Here’s why. The two tests, the ELISA and the Western Blot, test for the antibodies of Lyme disease.

There is a way to get a more accurate diagnosis with the help of a Lyme-literate doctor.

If you break your foot, you don’t go to an ear doctor. You go to an orthopedic specialist. The same is true for Lyme disease. Some doctors have specialized experience and education in how to treat Lyme disease.

Lyme literate doctors are up to date on modern ways to diagnose and treat Lyme disease. They even have the equipment in their clinic to treat your Lyme disease symptoms.

While antibiotics are usually the first line of treatment for Lyme disease, they do not work for everyone.

The sooner you get a diagnosis of Lyme disease; the better chance antibiotics will work. However, for many people, antibiotics do not eliminate Lyme disease in their system.

Lyme disease antibodies are potent, and they like to travel through your blood, throughout your system by multiplying. The more time it can spend doing this, the harder it will be to treat the disease. Well, with antibiotics, that is.

There are new treatment avenues showing success. They are offered by Lyme-literate doctors.

Lyme literate doctors understand the key to treating Lyme disease is to treat your blood, where it lives. They may choose to do this by administering antibiotics to you through IV instead of orally to avoid loss of effects. This is something your primary care doctor may not be equipped to do in the office.

There are techniques like Blood and Plasma Apheresis, which replaces your infected blood with healthy blood. There are also oxidative processes using your own body’s fever to naturally eliminate Lyme antibodies, like hyperthermia.

You and your Lyme doctor will create treatment protocols unique to your disease.

10. Prevention Is The Best Treatment

Preventing Lyme disease is easier than you may think. It’s about protecting areas of your body so that ticks cannot latch onto your skin. When you know you will be anywhere with high grass, which is where ticks live, wear clothing that protects your whole body.

Also, don’t be afraid to apply spray repellants that deter ticks and other insects.

To find out more facts about Lyme disease, how it can be treated, and how to prevent it, reach out to a Lyme literate doctor.